Mercedes Toto Wolff: “It was an unusual and counter-intuitive problem” 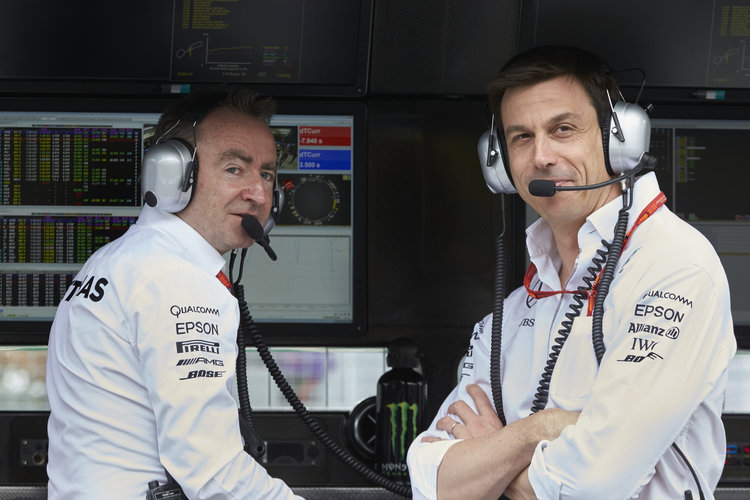 Mercedes AMG PETRONAS Team Boss Toto Wolff was in two minds over the outcome of Sunday’s race in Baku. On the one had Nico Rosberg stormed to a dominant victory, after putting in a fantastic performance in both qualifying and the race, but on the other hand, it was damage limitation for the German’s team-mate Lewis Hamilton, who had his race hampered by finding himself in an erroneous engine setting that reduced the power he was receiving to the W07, for the majority of the race.

Unable to find the cause of the problem from the cockpit himself, Hamilton was left to continue almost the full grand prix with a power deficit to his rivals. Current regulations state that radio messages from the engineer providing assistance via team radio are disallowed, and therefore the Brit was left to work out the problem of a highly technical system himself, whilst also trying to navigate a fast and tight track.

Wolff believes the current rules are counter-intuitive, and an issue that could have been resolved with one call across team radio, was instead turned into a major handicap for his driver, something that perhaps should be looked at for future races.

“Lewis reported some electrical de-rates quite early on but it only became clear around his pit-stop that he was suffering from quite a big performance deficit with the car.

“Once we had identified the problem, it could have been changed with a single radio message – but the rules, which are of course the same for everybody, prevented us from doing so, and we were only authorised by the FIA to use very specific phrasing.

“It was an unusual and counter-intuitive problem with an engine mode so there was no way Lewis could know what to change to solve it. Eventually, he managed to find the right solution – as Nico had done several laps earlier, having switched into the mode causing the problem part way through the race – and then he set the fastest lap of the race at that point. However, it was too late to recover any position, so he took the smart decision to save the engine and bring the car home.

“From the team’s point of view, although we extended our points lead, we should have come away with more – and correcting those problems will be our focus in the coming days.”

Instead of coming away with a double podium, which was highly likely given the dominance of both Mercedes drivers across the weekend, the Brackley based squad came home feeling a little bit deflated, from what could have been a far less one-sided race had Hamilton had the chance to fight for position.