Rio Haryanto: “Not such a good one for me today” 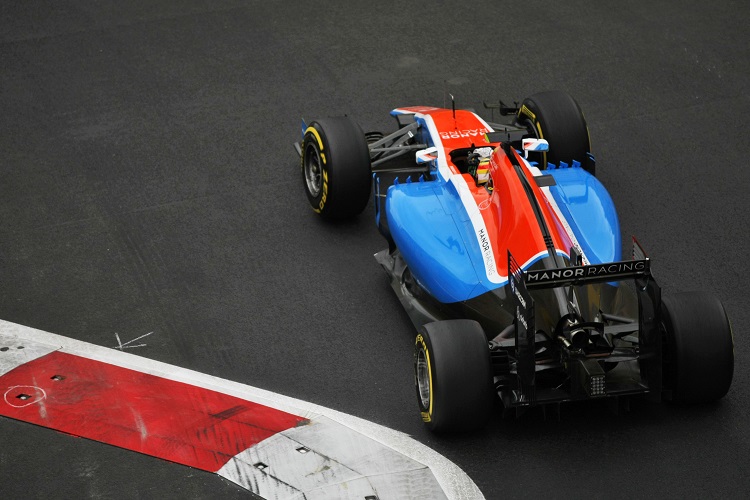 Rio Haryanto finished the eighth round of the 2016 Formula 1 season at the Baku City Circuit down in eighteenth.

It was looking good for the Manor Racing driver as he qualified a season’s best seventeenth during Saturday’s qualifying session, ahead of team-mate Pascal Wehrlein. At the beginning of the Grand Prix though, the Haas F1 of Esteban Gutierrez made Haryanto run wide into the wall, where he sustained front wing damage. This lead to a lengthy pit stop at the end of lap one for a new front wing.

From here, he was unable to catch up to the rest of the grid, finishing two laps behind race winner Nico Rosberg. Manor decided to keep the Indonesian driver on the one-stop strategy which led him to struggle with high tyre degradation.

“Not such a good one for me today,” said Haryanto. “I had contact in Turn 1, which damaged my front wing and I had to stop at the end of the first lap.

“Obviously a new one requires a longer pit stop, so I dropped back quite a bit when I re-joined the race. We decided to put the Soft tyre on at that point and stay on a one-stop strategy, but 49 laps was a long stint for that tyre and I was really struggling with high degradation; the braking point was changing every lap.

“But, I think everyone was expecting some opportunities today, so we had to try to put ourselves in a position to respond to them. In the end, no such opportunities; it was a very straightforward race. I’m going to focus on the positives though; I had a really strong qualifying and I finished the race, so that’s good.”

By Paul Hensby
2 Mins read
Kevin Magnussen and Romain Grosjean will start eighteenth and nineteenth respectively on Sunday after another poor showing by Haas in Qualifying for the Bahrain Grand Prix.
Formula 1

By Paul Hensby
2 Mins read
A braking issue cost Carlos Sainz Jr. dearly during Qualifying for the Bahrain Grand Prix, with the Spaniard set to start fifteenth as a result.