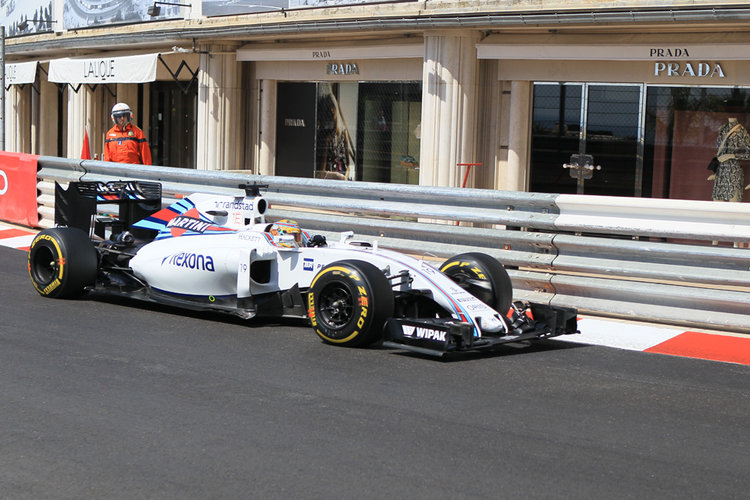 Despite being seemingly lacking in performance when it comes to slow speed tracks, the Williams Martini Racing team is not about to change their design policy to accommodate them.

“We always correlate well with the higher the speed of the circuit, the higher the average speed. That always plays into where we have developed this car and where we will continue to develop it.

“We think it gives us more benefit than developing down to efficiency levels of Monaco and Singapore, places like that.

“You have to accept when you come to places like Monaco, they are not going to be the prettiest places for Williams.

“But when we go to Canada, Silverstone, Austria, places like that, obviously we would hope to benefit to get nearer to the Ferraris and Red Bulls and take the challenge to them.”

Despite recent results at tracks such as Monaco, where the team scored just one point, Smedley believes they have made steps forward in that problem area, and are now headed in the right direction.

“We got a point which is good and we were a million miles away from a point last year. But I think how much we’ve improved has been marked and we could have actually got a few more points, so it’s a bit disappointing.

“We were still learning how to use the car which was set up quite differently through the weekend, even getting up to qualifying.

“I was talking to the guys and saying now we have the car in the right ballpark and you are looking for small incremental gains to get us up to a better level than where we are now, like where the Force India was in Monaco.

“If you look at our pace compared to them, it was actually quite good.

“We’re not looking for a great deal now, it’s more logical as to how we find performance with the car whereas last year and the year before that we were a little bit lost.”

So although it is on the cards that they will perform below par at a few of the tracks visited across the season, the fact that there are more circuits that will play to their favour, does not worry Williams enough for them to change tack right now.

The Montreal track has been a circuit where the Oxfordshire based squad have performed well at in the past, with Valtteri Bottas finishing on the podium last year and Felipe Massa a respectable sixth, it is hoped they will return to that form when they hit the tarmac this weekend.