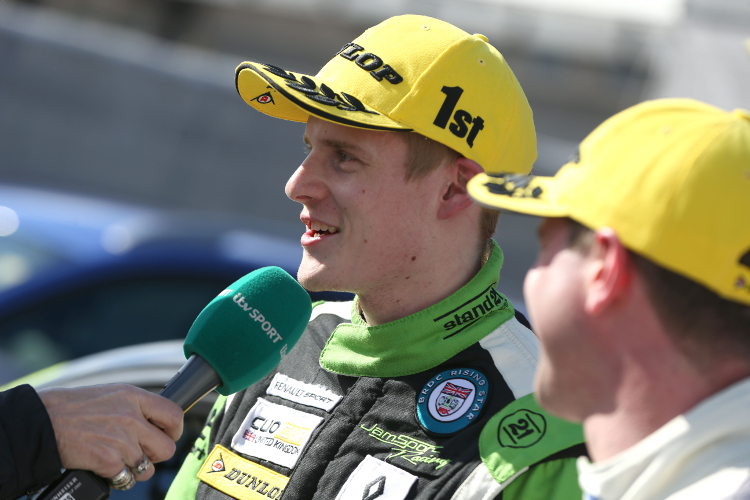 Ant Whorton-Eales and the JamSport Racing team have successfully appealed their exclusion from the second Renault UK Clio Cup race at Donington Park in April.

Whorton-Eales was stripped of his victory on the road due to a technical infringement, with Paul Rivett inheriting the win from Charlie Ladell and Paul Streather.

A Motor Sports Association tribunal has ruled that Whorton-Eales’ car complied with the technical regulations though, giving him back a fifth victory of the campaign.

The return of maximum points from the race also moves Whorton-Eales into the championship lead ahead of this weekend’s action at Croft in North Yorkshire.

Our original race report of Round Four can be read by clicking here.