Current Dunlop MSA British Touring Car Championship front-runner Josh Cook has sung the praises of the Michelin Clio Cup Series after securing a pair of podium finishes during a guest appearance in the championship this past weekend.

Cook swapped his regular Triple Eight MG6 for a third-generation Clio racer for a one-off outing in the BARC-run championship at Croft in North Yorkshire.

Cook had previously competed in the third-gen Clios in the Renault UK Clio Cup for two years, securing the Rookie class title in 2012 with 20Ten Racing.

Reuniting with the same team for the weekend, Cook used his experience to turn a pair of second row starts into second and third place finishes.

“You can’t not have fun driving these cars,” said the 2014 Clio Cup vice-champion. “This series is a great feeder and the perfect step up from the Junior Saloon Car Championship for that next generation of racers within the BARC.

“There is a real camaraderie within the paddock and everyone gets on really well – the calibre of talent on the grid is very high too and I think we could easily see several drivers making themselves known in years to come.”

Cook was joined in the 20Ten ranks for the weekend by one of his Team Cooksport Clio Cup drivers, Rory Collingbourne, who bounced back from a race one DNF to take a top five finish.

“I’ve had a great weekend racing despite the results not being what I would have hoped for. This Gen-3 is a very raw machine, you really have to get stuck in and be physical with the car to get the best out of it which is really fun,” said Collingbourne.

“Being on the limit and finding the sweet spot in these cars is a real challenge but rewarding when you finally do! This is a great championship and it looks like it is only going to go from strength-to-strength!” 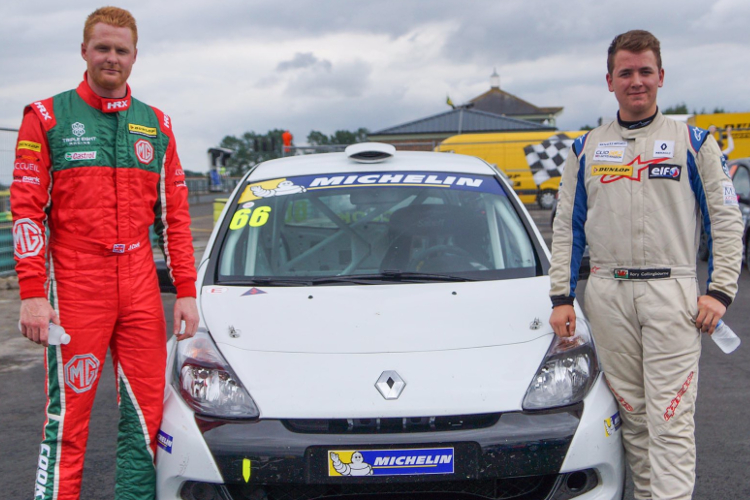