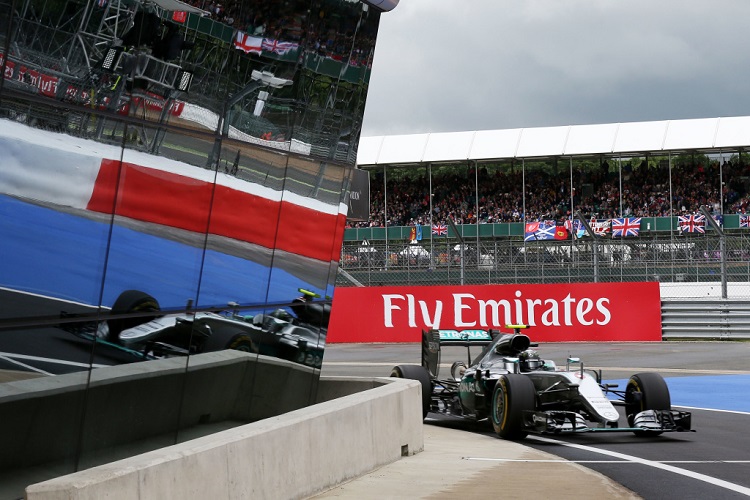 Mercedes AMG PETRONAS will not appeal the ten-second time penalty given to Nico Rosberg at Silverstone after all.

The German team had informed the FIA with an intention to appeal just after the penalty was handed down to Rosberg on the basis of the driver being given information that contravened the Sporting Regulations that a driver must drive the car alone and unaided.

Despite not appealing the decision, Mercedes will go into discussions with other teams to look over whether Formula 1 is currently being over-regulated.

“The Mercedes AMG Petronas Formula One Team today decided to withdraw its notice of intention to appeal against the decision of the Stewards of the British Grand Prix,” said a statement on Monday.

“We were able to prove to the Stewards that a car-stopping gearbox failure was imminent and, as such, were permitted within the rules to advise Nico of the required mode change.

“However, the advice to avoid seventh gear was considered to breach TD/016-16, and therefore Article 27.1 of the Sporting Regulations.

“The Team accepts the Stewards’ interpretation of the regulation, their decision and the associated penalty.

“During the coming weeks, we will continue discussions with the relevant F1 stakeholders on the subject of the perceived over-regulation of the sport.”

As a result, Rosberg will take a one-point lead in the Drivers’ Championship over Lewis Hamilton into the Hungarian Grand Prix after the time penalty relegated him from second to third in the British Grand Prix behind Max Verstappen.

By Paul Hensby
2 Mins read
Kevin Magnussen and Romain Grosjean will start eighteenth and nineteenth respectively on Sunday after another poor showing by Haas in Qualifying for the Bahrain Grand Prix.
Formula 1

By Paul Hensby
2 Mins read
A braking issue cost Carlos Sainz Jr. dearly during Qualifying for the Bahrain Grand Prix, with the Spaniard set to start fifteenth as a result.