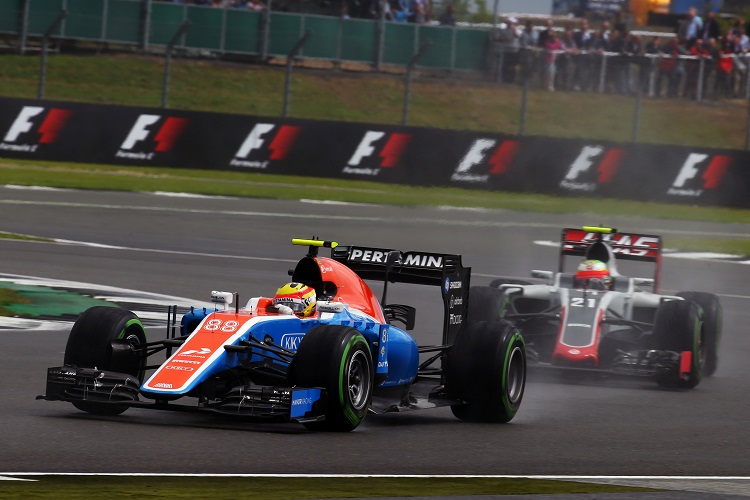 Rio Haryanto followed his Manor Racing team-mate Pascal Wehrlein into the turn one gravel trap as he retired from the British Grand Prix on lap 25.

The Indonesian felt it had been the right call to switch to the slick tyres but hit a wet patch that caught out many drivers during the race, although it was just the Manor drivers that were unable to continue.

Despite his retirement, Haryanto was positive about his weekend, having out-qualified Wehrlein for a fifth time in 2016, and will be looking to put the race result behind him before the next round in Hungary in two weeks time.

“At the start the track was really wet, but once the rain had stopped it started to dry a little more with each new lap,” said Haryanto. “In the space of just 17 laps we’d gone from full wet tyres to slicks.

“But it was the right call at the right time, I just hit a bit of track that was still damp and there was nothing I could do.

“Although it’s the race result that counts at the end of the day, the journey through practice and qualifying is important. We’d had a good weekend and in particular a really positive Saturday, so we have to focus on what went right and how we can use that to keep pushing forward for the next race. Today’s result is something we can’t do anything about now.”