Sebastian Vettel: “Hopefully we can repeat what we did last year” 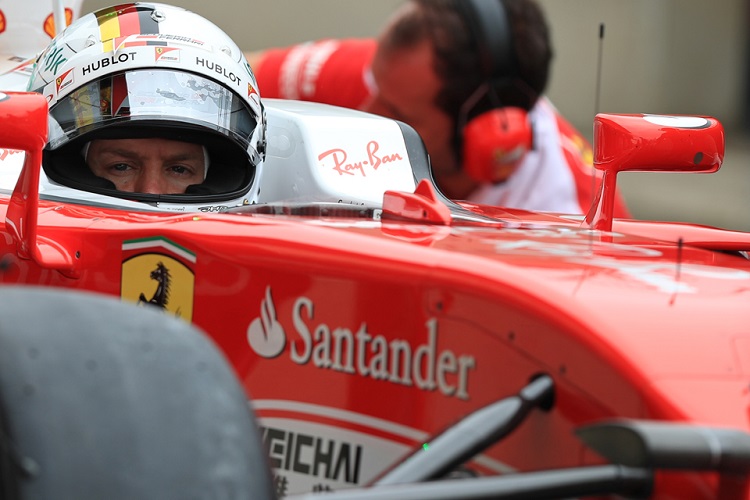 Sebastian Vettel knows the results in 2016 have not been good enough for the Scuderia Ferrari squad, with the Italian team still seeking their first victory of the season.

Vettel could only manage a lowly ninth place finish at Silverstone two weeks ago after taking a gearbox penalty after qualifying, and the German reckons the team could and should have done better on a number of occasions this year and taken better results.

“Looking at the results, it’s a fact that obviously we didn’t manage to score enough points to make ourselves in a better position by now, but I don’t think we need to look constantly at the results we have had,” said Vettel.

“Here and there we could have done better but the bottom line is, we were not quick enough. We know we are not yet where we want to be, so that’s something we’re not happy with, but we are working on it very hard. If we could change it overnight we would, but sometimes is not that easy.”

Errant strategy in Australia and Canada seemed to cost Vettel potential victories, while the German has also found himself retiring from three of the first ten Grand Prix in 2016, but is heading to the Hungaroring this weekend for the Hungarian Grand Prix looking to repeat his victory at the circuit from twelve months ago.

“We had three races in which we didn’t finish, clearly it hasn’t gone the way we were hoping for, clearly we are not yet where we want to be, but equally it is not as bad,” said Vettel. “So I don’t think it’s the worst season I ever had.

“In the last race a couple of things went wrong, but with the tests straight after there were quite a lot of things we understood about our car that should help us get back on track in the future.

“Obviously it’s difficult to change things overnight but I think here is a different story, a different track. I get along very well with the team, by now I know the team inside out and now it’s easier to deal with problems.

“Obviously we’re focusing on the race but can’t predict the outcome, that’s why we’re here, trying to work on it and get the best possible result. The motivation to win here is very high, it’s a great race, great atmosphere, hopefully we can repeat what we did last year.”