Group B supercars to be honoured at Wales Rally GB 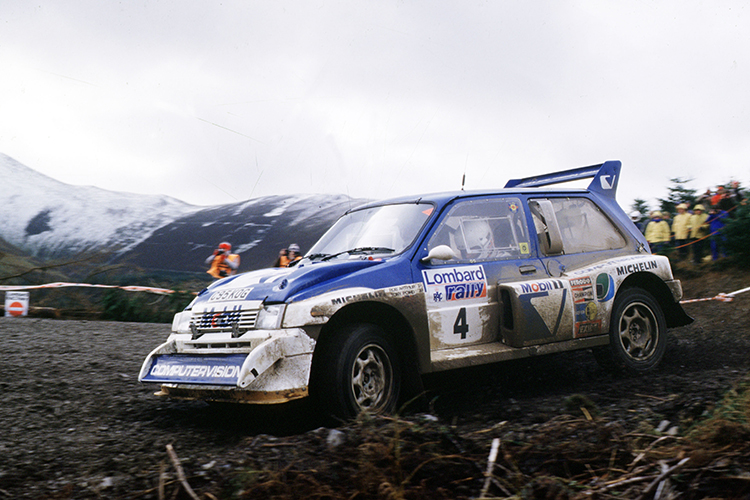 Rallying’s legendary Group B cars of the 1980s will be honoured at the 2016 Wales Rally GB, 30 years after they were outlawed at World Championship level.

Group B regulations were introduced for rally cars in 1982, which had little restrictions that allowed rally cars to produce almost unlimited power as this group of rally cars developed further and faster around 1983-1986.

The last time these Group B rally cars raced was in November 1986 in the British round of the FIA World Rally Championship. The governing body at the time, FISA culled the category after a series of terrifying accidents to which Group B remains immortalised.

To mark the thirtieth anniversary of that landmark event, many of those iconic Group B rally cars will be showcased at the Cholmondeley Castle RallyFest on Saturday 29 October 2016.

Managing Director of Wales Rally GB, Ben Taylor said “These epic Group B monsters really caught the public’s imagination back in the eighties and it’s no surprise that they continue to do so today.

“It was here in Britain that most of them last appeared on a World Rally Championship event, so we have a great opportunity to do something really special in October. We are inviting a number of drivers to join us and we are encouraging as many Group B cars as possible to get involved in what’s going to be an unforgettable occasion at Cholmondeley.”

Gus Greensmith: “The highlight was taking the maiden stage win for my career”

Craig Breen on Rallye Monte Carlo Podium: “We really settled into the car with every stage”

By Paul Hensby
1 Mins read
Sébastien Ogier and Benjamin Veillas lost out on victory in the Rallye Monte Carlo after suffering a puncture on the penultimate stage of the rally last Sunday.