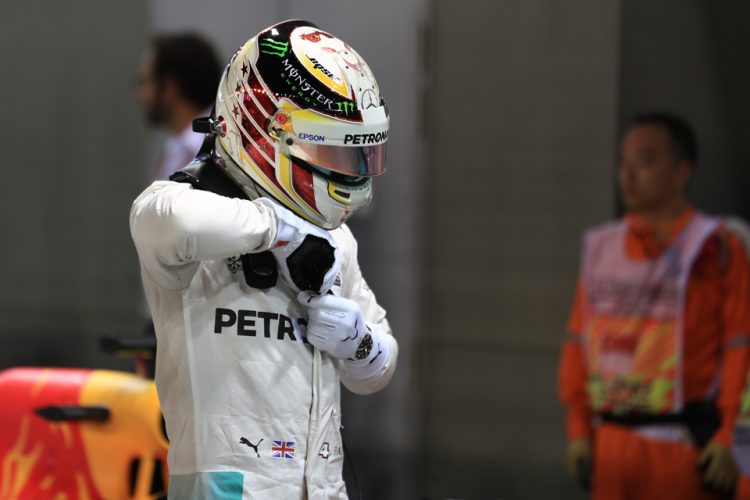 Lewis Hamilton hopes to return to form in Malaysia, the three-time World Champion has gone well in Kuala Lumpur and hopes to bring a victory for his Mercedes AMG PETRONAS team.

Hamilton feels this weekends race at the Sepang International Circuit is his first opportunity to rise to the challenge of team-mate Nico Rosberg, who has won the past three races, and the Briton is eager to get back to winning ways.

“Sepang is my first shot at it and I’m really looking forward to getting out there. It’s a track I usually go pretty well at – plus we have some really fantastic support from the Malaysian people, including all the guys and girls from Petronas. It should be a great weekend, so if we can get a result to match that would be awesome.”

Hamilton lost the lead of the Championship after Rosberg won the Singapore Grand Prix last time out but has vowed to come back stronger in Malaysia, although he remains unsure whether he can swing the momentum back into his favour.

“I have no idea if the momentum will swing back to me or when it might. But we still have six races left, so I just have to keep giving it my all and hope for the best. That’s all you can do as a sportsman. It’s going to take some good results to get back in front and stay there – but I’ve had plenty of those in the past, so there’s no reason to think they won’t come back to me again.”

Rosberg has been in dominate form winning the last three races but Hamilton is not worried about his form and praised the German for his Singapore win.

“Singapore was a difficult weekend for me, so to come away with a podium in the circumstances was pretty good damage limitation. Ultimately, Nico did an exceptional job and I didn’t have my best weekend. But that’s the way it goes. We’re both fiercely competitive. Some weekends he does great, some weekends I do great.”