PREVIEW: 2016 World RX of Latvia – Ekstrom on form, can Solberg fight back? 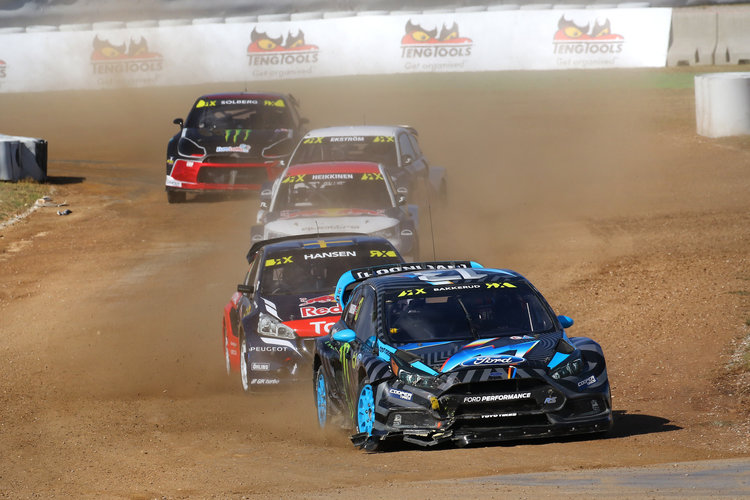 The tenth round of the 2016 FIA World Rallycross Championship is a new circuit on the calendar and one that will surely add to the excitement of this season: The Riga circuit in Latvia.

Latvia already boasts two young drivers in the Supercar class of World RX in the form of Reinis Nitiss and Janis Baumanis an you can be certain that both mean will be going for a good performance on home ground. Baumanis has been fast in his first year in the class whilst Nitiss is seeing a return to form now that he has returned to the OlsbergsMSE squad. Keep an eye on the home talent this weekend.

Mattias Ekstrom has a 10 point lead in the Drivers Championship ahead of the World RX of Latvia… Credit: IMG / FIA World RX

Meanwhile the championship fight is hotting up as the series visits this new venue. Mattias Ekstrom took his fourth win of the year in Spain last time out and with rival Petter Solberg missing out on the Supercar Final, the EKS driver now has a 10 point lead that he aims to both protect and to make sure that this is intact come Sunday afternoon.

However, expect Solberg to come out fighting this weekend as he looks to close the gap. Don’t forget that Volkswagen RX Sweden driver Johan Kristoffersson isn’t far from Solberg in the points in third place and this could soon become a three way fight for the Drivers Championship. Kristoffersson has helped his cause by taking victory at the World RX of France and has stepped up his pace since Canada.

In the Teams Championship, EKS lead on 318 points, however Team Peugeot-Hansen have been closing down the gap to them with podium places at almost every event this year and the speed of the Peugeot 208 WRX was evident as Timmy Hansen went fastest on Day One in Barcelona.

Meanwhile Hoonigan Racing Division have been improving the Ford Focus RS RX and the team are only 16 points behind Volkswagen RX Sweden in the standings. With the blinding speed of Andreas Bakkerud in the car along with the improved performance of Ken Block recently, they have chance to go third in the standings. 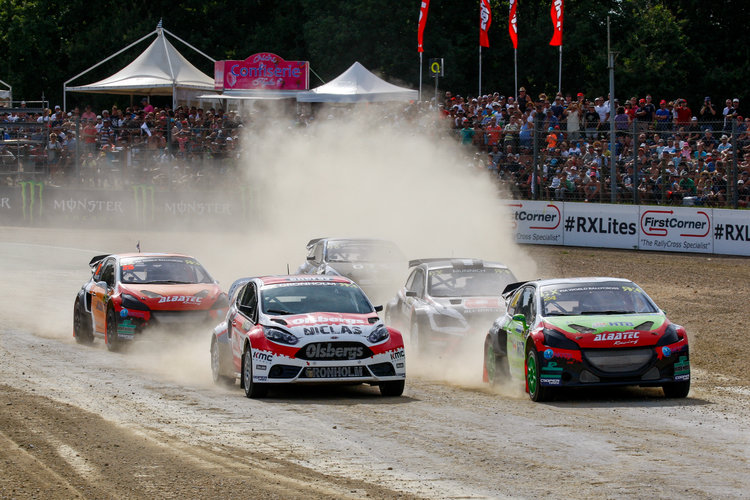 There are plenty of Guest Stars to trouble the World RX Regulars in Latvia… Credit: IMG / FIA World RX

As well as the usual runners and riders taking part in World RX this year, there are a few notable entries. Gigi Galli is back in this Kia Rio RX Supercar after testing the car recently in both Italy and Spain. The Italian driver last took part in the World RX of Italy in 2015 and will be hoping to spring a surprise on the regulars.

Daventry based JRM World RX will be back with a two car entry as Guy Wilks gets a second outing in the car whilst Guerlain Chicherit gets a third outing with the team. DTM driver Timo Scheider will also have his second outing of the year for the Meunnich Motorsport squad alongside Team Boss Rene Munnich in the ever improving SEAT Ibiza RX Supercar.

Other entries in the Supercar class will see Davy Jeanney in action for the Peugeot-Hansen Academy squad whilst Super1600 regular Janno Ligur will make his first World RX Supercar appearance in a Reinsalu Sport Ford Fiesta. Lithuanian driver Nerijus Naujokaitis announced his intentions earlier this season to be on the grid with his new Skoda Fabia, but is expected to compete this weekend in Riga.

With the 2016 season being so close, be prepared to expect fireworks as the World RX competitors take on the new venue for the first time and where we could see anything happen as everybody adapts to the new circuit. The World RX of Latvia entry list can be found here.