Dani Sordo has taken the home advantage as the Hyundai driver leads overnight on Day 1 of the 2016 Rally Catalunya – Rally de España.

Similar to yesterday’s opening stage in Montjuïc, which was affected by the rain, the gravel stages today were a mud bath, with lots of ruts on the road, making it tough for the crews.

Ogier seized the initiative in the next two stages, taking SS3 and SS4 stage wins to build a healthy +4.4 second lead over Neuville.

But Sordo on home soil, snatched the rally lead from the Frenchman to go overnight on the only gravel day of the rally by +17.0 from Ogier after SS7.

Andreas Mikkelsen had an eventful day in his Volkswagen Polo R WRC as brake problems and mistakenly believing he had a tyre puncture meant that the Norwegian is now over 18 seconds behind Ogier in third.

Neuville and his other Hyundai team-mate Hayden Paddon are fourth and fifth, while Mads Østberg is sixth for M-Sport.

Kris Meeke recovered from his opening stage off to finish Day 1 for Citroën in seventh, ahead of his team-mate Craig Breen in eighth.

DMACK’s Ott Tänak and Eric Camilli complete the top ten in a rain-filled Day 1 in Salou. 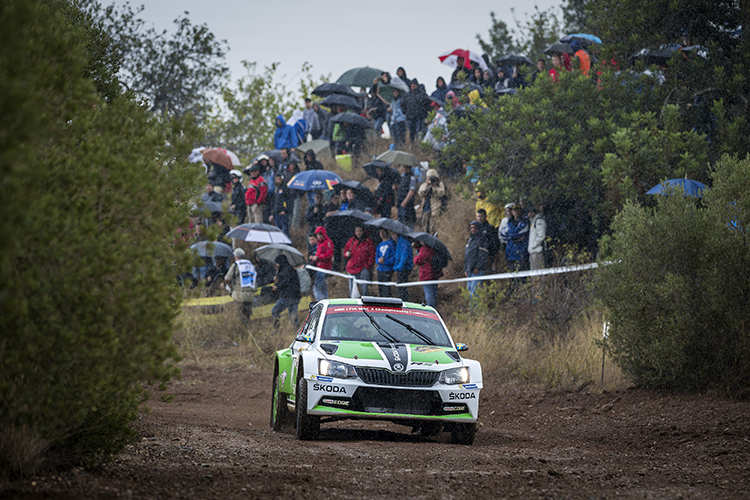 France’s Julien Maurin is third, ahead of Marius Aasen in fourth. Bernhard ten Brinke and Frigyes Turán complete the top six after Day 1.

Teemu Suninen, who is Elfyn Evans’ nearest rival for the 2016 WRC2 Championship, retired from the rally with turbo problems on SS4.

At the start of Rally Catalunya, the Finn needed a good result if Suninen were to close the gap to Evans in the Championship Standings, which Suninen needed to do in Spain before retiring.

Meanwhile, in WRC3, Italy’s Fabio Andolfi leads Switzerland’s Michaël Burri by over 6 minutes after a rain-filled Day 1 in Salou.

Damiano De Tommaso is third, while Michel Fabre and Enrico Brazzoli complete the WRC3 category for Day 1 of Rally Catalunya. 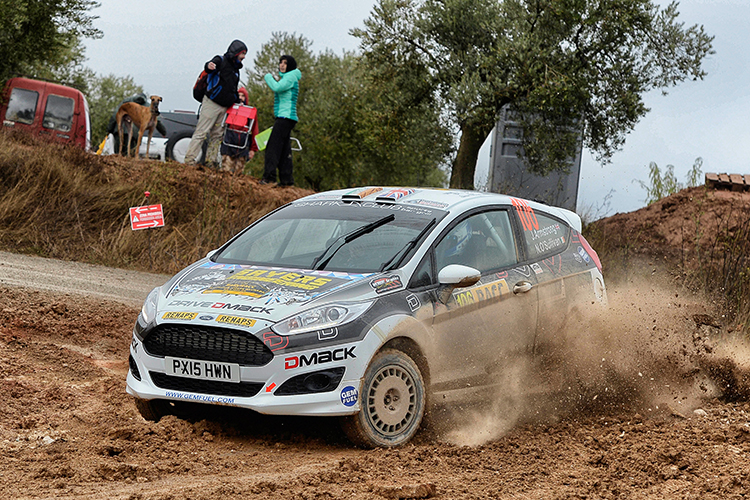 Whilst in the Drive DMACK Fiesta Trophy, Northern Ireland’s Jon Armstrong leads Gus Greensmith by well over a minute on Day 1 in Salou.

Max Vatanen, who is Osian Pryce’s rival for the 2016 Trophy is third, while the Trophy Leader Pryce languishes down in tenth.

Continued coverage of the Rally de España will commence with Day 2 at 08:10am Spanish time (07:10am UK time).