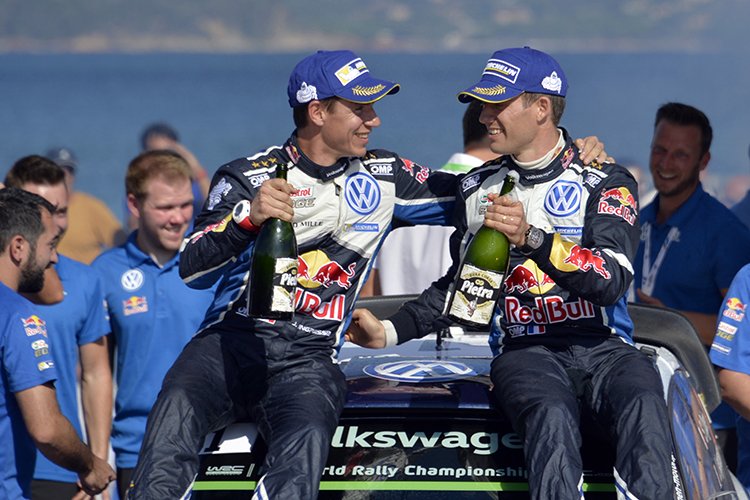 Since the 2016 Tour de Corse – Rallye de France is in the books, the rally is known for its tight and twisty asphalt stages that demand absolute attention from the drivers and co-drivers.

For the last three days, theCheckeredFlag.co.uk has reported on the key events from the WRC, WRC2, WRC3 and Junior WRC categories on the tenth round of the 2016 FIA World Rally Championship season.

WRC – Ogier in a class of one on the Corsican asphalt

Ogier, who had won twice in Alsace in 2011 and 2013, had never won on “The Rally of 10,000 Corners” prior to this year. The WRC Championship Leader has now finally ticked off one of the rallies that he has never won in his career with an utterly dominant performance in Corsica.

Hyundai’s Thierry Neuville fought off Ogier’s Volkswagen team-mate Andreas Mikkelsen throughout the three days on the Corsican asphalt to claim second, which extends Neuville’s excellent run of form during the second half of the 2016 WRC season.

Mikkelsen finished third, ahead of his Volkswagen team-mate Jari-Matti Latvala who is now out of contention for the 2016 World Rally Championship in fourth.

Craig Breen who had an excellent first start on an asphalt World Rally Championship event was fifth for Citroën, ahead of the two Hyundai’s of Hayden Paddon and Dani Sordo down in sixth and seventh places respectively. 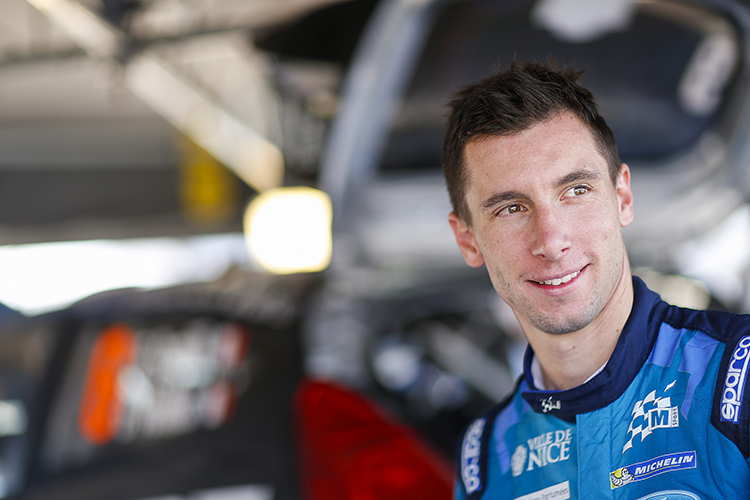 Eric Camilli in the first M-Sport Ford Fiesta RS WRC bounced back from a disappointing Rallye Deutschland to finish in eighth, while his team-mate Mads Østberg finished ninth. DMACK’s Ott Tänak completes the top ten in the WRC category.

Kris Meeke was the only high-profile driver who crashed out. The second Citroën driver set an unbelievable pace in SS5, leaving the Northern Irishman in eighth, before crashing out on SS6.

Luckily, Meeke managed to re-enter the 2016 Tour de Corse under Rally2 Regulations and finished the rally with the two fastest times on SS9 and the Power Stage to claim the three points.

Britain’s Elfyn Evans went out with a bang on his seventh and final appearance of the 2016 WRC2 season as he went on to win the 2016 Tour de Corse – Rallye de France.

Evans, who managed to achieve his best-ever WRC result last year for M-Sport in second, was dominant throughout the three days in Corsica in the Ford Fiesta R5.

The Welshman led the 2016 Tour de Corse from start to finish, managing to keep his nearest rival for the win, Jan Kopecký at bay for his third win of the 2016 WRC2 season.

Kopecký finished the 2016 Tour de Corse in second, over 33 seconds behind the WRC2-winner Evans and had no answer for Evans’ performance on the asphalt.

Yoann Bonato was the first of the home rally runners to finish in third, ahead of Julien Maurin in fourth. Whilst Pierre-Louis Loubet, Quentin Gilbert completed the French challenge in WRC2 in fifth and sixth.

Hubert Ptaszek completed the top seven finishers at the 2016 Tour de Corse. The Hyundai of Kevin Abbring failed to finish in the Alzenau-based team’s first start in WRC2 as his i20 R5 retired with water temperature problems on Day 2.

In the WRC2 standings, Elfyn Evans leads Teemu Suninen by 27 points going into the last three rounds of the season. Esapekka Lappi is third, 11 points behind his fellow Finn.

As Evans has taken part in his seventh and final WRC2 rally of the year, he has to hope that Suninen and Lappi both have a poor final three rallies if the Welshman is to be crowned the 2016 WRC2 Champion. 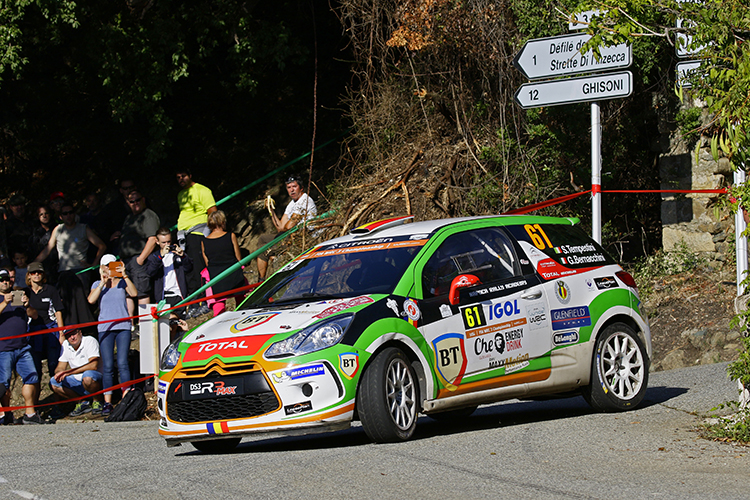 Tempestini, who had to finish ahead of his nearest rival Ole Christian Veiby to guarantee himself a chance at becoming the champion at the Tour de Corse in Corsica on Sunday.

The Italian managed to achieve that objective by taking fourth place, ahead of Veiby in seventh to become the 2016 Junior WRC Champion.

Laurent Pellier took the win in the WRC3 and Junior WRC categories as he snatched the rally lead on the final day of the Rallye de France.

Pellier, who wins on his ‘home’ rally, fought off his fellow countryman Yohan Rossel throughout the three days to take the win on the Corsican asphalt.

Looking at the Junior WRC Standings, Simone Tempestini claims the 2016 Junior WRC Championship by a comfortable 43-point margin, ahead of Ole Christian Veiby coming into the last rally of the 2016 JWRC season at Wales Rally GB.

Terry Folb is third by virtue of his Power Stage win in Corsica is now only one point ahead of Martin Koči in fourth, while Vincent Dubert and Romain Martel complete the top six in the Junior WRC Standings.

Sébastien Ogier could tie with Juha Kankkunen and Tommi Mäkinen for four World Rally titles in the eleventh round of the 2016 FIA World Rally Championship if he finishes third or better and also wins the rally-ending Power Stage.

Third Year Birmingham City University Journalism student. I've been dedicating most of my life in motorsport to Formula One. I also have a keen passion for rallying and motorcycle racing.

Sordo and Loubet to enter a pair of i20 WRC cars at...