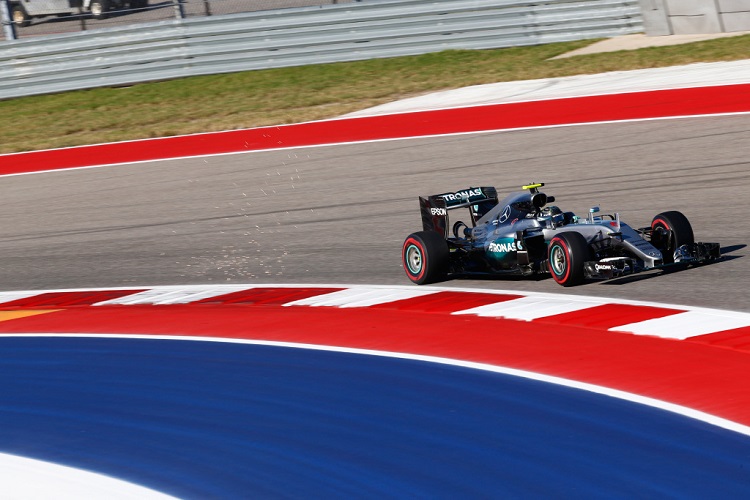 Nico Rosberg still has ambitions to win the United States Grand Prix despite being forced to settle for second place on the grid during Saturday’s qualifying session at the Circuit of the Americas.

The Mercedes AMG Petronas Formula One Team racer and current championship leader was denied top spot by just 0.216 seconds by team-mate Lewis Hamilton after failing to get the first corner right in either of his Q3 runs, but Rosberg knows Sunday’s race is where it matters and he believes he can challenge his team-mate for the victory.

“I produced a good lap for my final run in Q3, but unfortunately it wasn’t enough as Lewis found some extra time in the first sector,” said Rosberg. “As we’ve seen this year, it’s not always about where you qualify and I believe I still have a great chance at winning tomorrow’s race.

“I’ll try to catch Lewis as we head towards the first corner but it’s a track that provides plenty of opportunities if it doesn’t happen there. It would be fantastic to leave here on Sunday night with a first US Grand Prix win.”