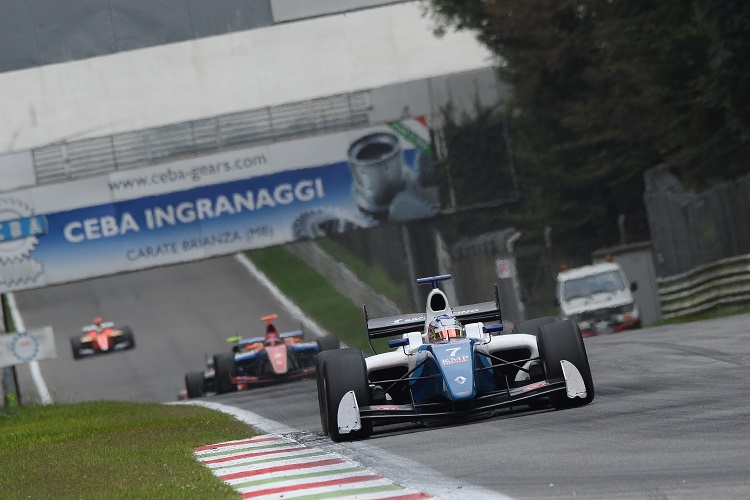 Egor Orudzhev recovered from a disappointing seventh place finish in Saturday’s opener at the Autodromo Nazionale Monza to secure his third victory of the Formula V8 3.5 season on Sunday.

The Arden Motorsport driver survived a couple of off-track moments during the first race, including one on the opening lap on the exit of the second Lesmo bend, but jumped into the lead from fifth place on the grid during Sunday’s second race, and was never headed aside for one lap during the pit stop cycle.

Orudzhev, who finished just 0.965 seconds ahead of Rene Binder in a close second race, thanked his team for the result, and admitted he found it a relatively afternoon easy due to having strong pace, and now sits seventh, only two points behind the Lotus driver in the championship standings.

“Thanks to all my team for this great result,” said Orudzhev on formulav8.com. “I took the lead at the start and then we had a great pace so it was easy for me to keep it going.

“We had a great pit-stop too and I just kept my position after the tyre change”.