Sebastian Vettel: “The race was a bit different than we expected” 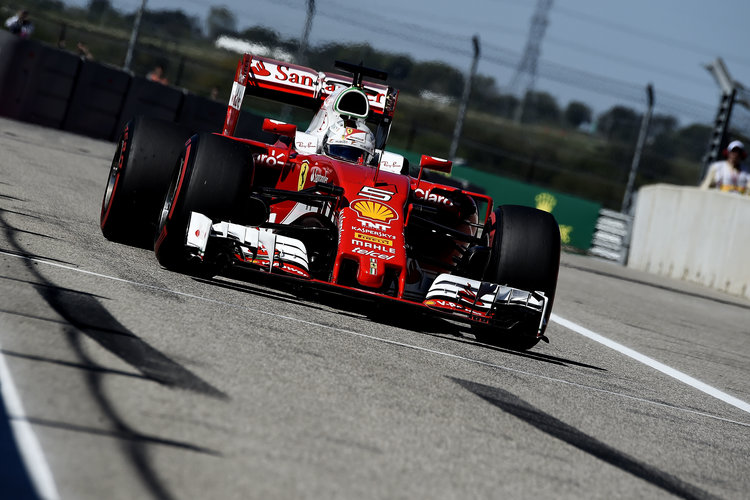 Scuderia Ferrari driver Sebastian Vettel was happy with the result of Sunday’s United States Grand Prix, having struggled for pace during qualifying on Saturday.

The German was able to extract much better performance from the SF16-H during the race, and so despite a poor start that saw him tagged from behind by the luckless Nico Hulkenberg without sustaining any damage, he was able to manage his tyres and still make headway.

“Overall today was a better day than yesterday, it was a good race.

“The start was not so good and into turn 1 I was quite lucky, given that somebody was hitting me, I think it was Nico Hülkenberg.

“Luckily nothing was broken so I could carry on. Then the pace was good, we were looking after the tyres, so we could go longer than other people.”

Despite having good pace, the Maranello based squad were unable to capitalise on the misfortune of closest rivals Red Bull Racing, when Max Verstappen was forced to retire from the race with clutch problems.

Vettel remained behind the sole RB12 of Daniel Ricciardo, and on top of that, Ferrari too were reduced to just one runner, when Kimi Raikkonen was forced to stop after the team failed to secure his right rear tyre correctly during a routine pit stop.

Had both cars made it home, Vettel believes they would have gone away with a strong result from the United States Grand Prix on Sunday.

“The race was a bit different than we expected, we got a present from Max today but unfortunately also Kimi had some problems and had to retire.

“It could have been a good performance for the team with both cars in the points.”