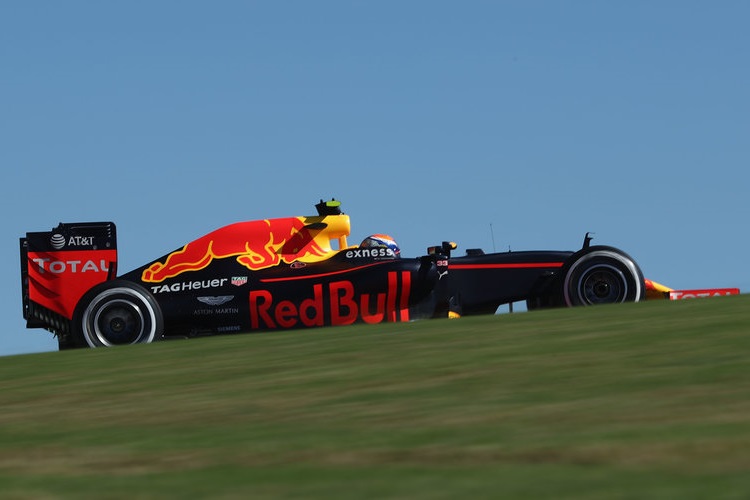 Max Verstappen was not completely happy with his final qualifying result at the Circuit of the Americas on Saturday after oversteer at the final turn cost him time.

The Dutchman will line-up fourth on the grid alongside Red Bull Racing team-mate Daniel Ricciardo but on different tyres after Verstappen made it through Q2 on the Soft tyre, while the Australian will start on the Supersoft.

Verstappen believes he will need to do some overtaking on Sunday to improve his position, especially against the Mercedes AMG Petronas Formula One Team duo Lewis Hamilton and Nico Rosberg, who lock out the front row.

“Being both on the second row is not a bad result at all,” said Verstappen. “For me the qualifying started off well but didn’t end great.

“I was happy to qualify in Q2 on the soft and that was a good lap, from there on it was quite difficult. The first run in Q3 was ok, I was just building up, and then the second run went well until the last corner where I lost some time due to over steer.

“I have three cars in front of me so there will need to be some passing during the race and hopefully starting on the soft compound will help. Mercedes have shown in qualifying that they are pretty strong and will be hard to beat.

“Our focus needs to be on what comes from behind us. Daniel and I starting on different strategies means we have options to attack or defend so I hope it is an exciting race.”