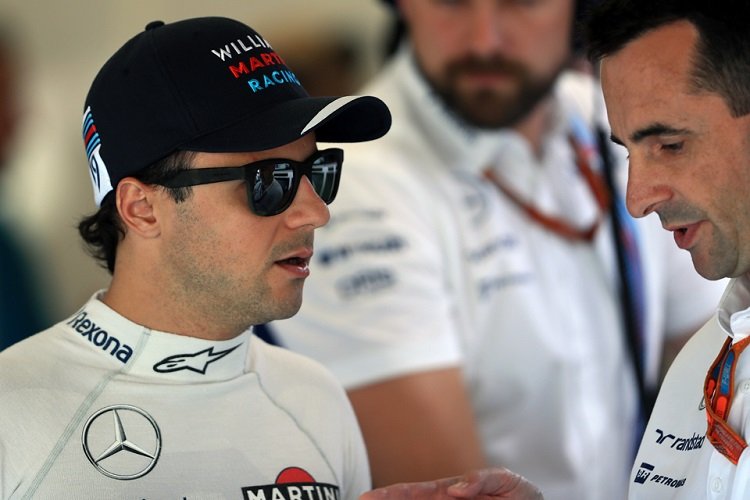 Felipe Massa believes Valtteri Bottas has a great future in Formula 1 ahead of him, and believes the Finn has grown in stature as a driver during their time as team-mates within the Williams Martini Racing team.

Massa joined Bottas at the Williams team in 2014 after leaving Scuderia Ferrari and spent three years racing alongside the Finn, but had looked set to retire at the conclusion of 2016. However the popular Brazilian could yet return to the team for a fourth campaign with Bottas being heavily linked to the vacant drive at the Mercedes AMG Petronas Formula One Team in place of retired World Champion Nico Rosberg.

Massa praised the Finn for his consistency and pace as team-mates, and believes a competitive car will show just how good Bottas is, and that he grew as a driver once he began to understand the technical side of the sport.

“He’s very good and he’s a very good team-mate,” said Massa to Autosport. “He’s quick, he’s consistent so definitely I’m sure he will have a great future in Formula 1. But he needs to have a good, competitive car to show the level he is.

“He’s very calm, he’s very competitive and he has grown a lot since he started. He has a lot more experience now so he understands a lot more about the car and the technical side.”