Top five the target for Toro Rosso in 2017 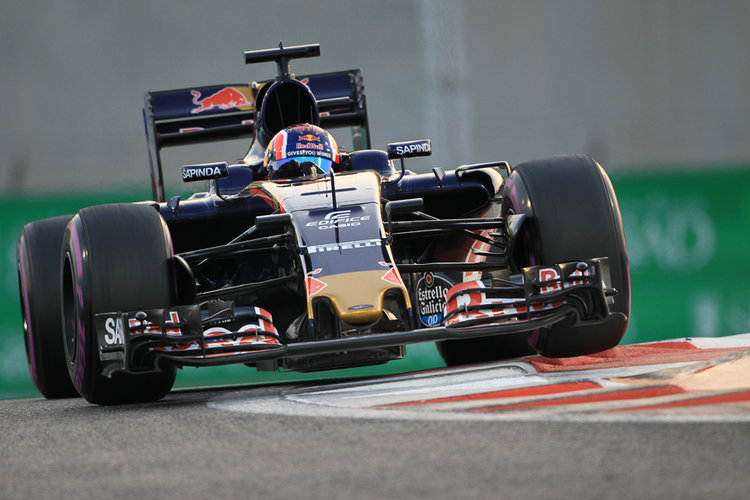 The Scuderia Toro Rosso F1 team are looking to break into the top five in 2017, having enjoyed its least disruptive pre-season so far.

Instability has always been an issue with the Faenza based squad, often being used as a Launchpad for any drivers its sister team Red Bull Racing want to bring into F1, as well as being hit by the engine woes of Renault and their disagreement with the Milton Keynes based squad in 2015, which saw a last minute decision from Toro Rosso to go with 2015 specification Scuderia Ferrari engines.

That proved a bad decision for the Dietrich Mateschitz owned squad, who were held back in the latter part of the 2016 season, due to the power deficit from not being able to make any engine development updates.

This year, Toro Rosso have made the switch back to latest specification Renault engines, and with all targets already achieved so far this year, Technical Director James Key is confident they can make an impact in 2017, as he explained to Racer.com recently.

“The last couple of years we’ve wanted to be a top-five team and for various reasons we’ve failed to achieve that, to be honest, I think some of it has definitely been in our control, some of it has been out of our control.

“We’ve been probably the unluckiest team on the grid with the engine situation since the power units came in [in 2014] because we’ve never had a strong, well-developed power unit.

“That’s no disrespect to Renault but we all know they had issues for the first couple of years but they really did a great job last year and I think they’re continuing to do a good job now.

“Of course we had a year-old power unit last year which didn’t develop at all and was well behind by the second half of the season so I think that’s definitely worked against us the last three years.

“Equally we haven’t always brought home the number of points we should or could have done as a team either. That’s something that we’re trying to figure out why now. Some of it is like reliability occasionally, but there’s other things too that we need to improve on.

“Our targets haven’t changed; we’d like to be a top-five team. I think we’ve had the chassis to do it, we just haven’t had all of the ingredients and I’m hoping we can tick all of the boxes for 2017.”

With all the pre-requisite crash tests passed, and at the first attempt too, Key advised the team can now relax on that front and look towards being ready for action at the start of the new season on March 26.

“Yeah, we passed everything first time, which is really good so the guys have done a fantastic job with that and it means we’re free to get on with it now without having to worry about the impact tests anymore.

“We had a few bits and pieces [that were challenging]. We’ve homologated everything on the car again. There are some things you can occasionally carry over but we’ve actually done more than normal and that’s all gone really well.

“We have a new front impact test this year which is a slightly more pragmatic way of doing it in that it doesn’t require the chassis to be tested at the same time as the nose. That wasn’t a concern but it was an unknown, and I think the team dealt with that very well. So that became fairly straightforward.