Lance Stroll: “I’m as prepared as I can be” 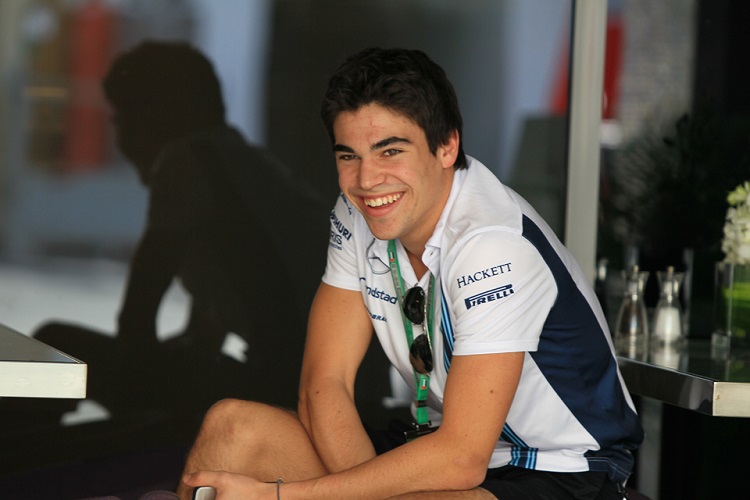 Lance Stroll admits he cannot wait for his rookie Formula 1 season to begin as he prepares himself for his first official test with the Williams Martini Racing team this week.

The eighteen-year-old Canadian has gone through a lengthy testing programme to ready himself for the forthcoming campaign, and the 2016 FIA European Formula 3 Champion believes he is as ready as he can be for his Formula 1 debut.

Stroll, who has replaced the Mercedes AMG Petronas Formula One Team-bound Valtteri Bottas alongside veteran Brazilian Felipe Massa, is determined to have a good rookie season, but will be taking it one race at a time.

“I can’t wait for the season to start!” insisted Stroll. “It feels like a long time coming. However, I feel like I’m as prepared as I can be – a lot of people have put in a lot of hard work to help get me to this point and I’m very grateful for that.

“I hope that it’s a good first year for me but I will be taking it race by race. There is a lot of pressure on rookies but I have a great team around me and I just need to maintain focus and deliver.

“Kicking the season off with testing will be a good first step but Melbourne will be the real test for everyone.”

By Melissa Chappelhow
1 Mins read
Sauber Motorsport and Alfa Romeo have announced they will continue their partnership after striking a deal extension until the end of the current era of Formula One.
Formula 1

By Melissa Chappelhow
2 Mins read
We can finally put the Gasly to Red Bull rumours to bed – he’s staying at Scuderia AlphaTauri for 2021.
FeaturesFormula 1