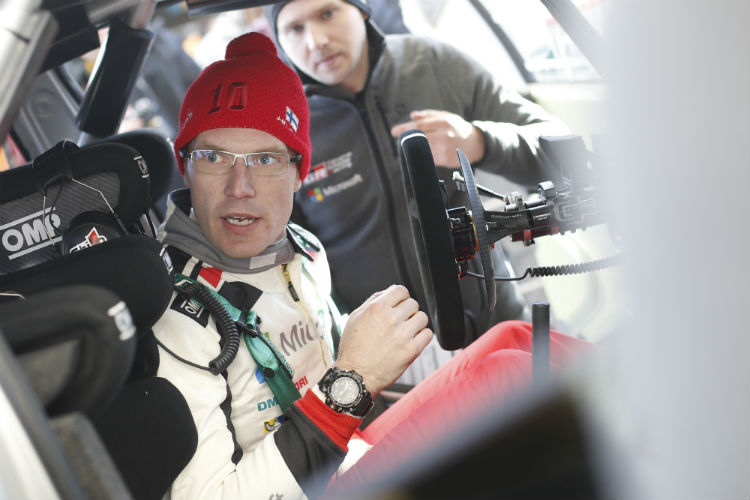 Rally Sweden kicked off on the Karlstad Super Special stage and it was Jari-Matti Latvala who drew first blood with fastest time in the Toyota Yaris WRC.

The Finn came out on top of his head-to-head with Sébastien Ogier setting a time of 1 minute 34.1 seconds. This gave him a 0.6 second overnight lead over the Hyundai of Thierry Neuville. This result was Toyota’s first stage win on their return to the WRC.

While the 1.9km test isn’t start of the rally proper it was the perfect venue to allow spectators to see the competitors go head-to-head, side-by-side on the icy bowl which featured jumps and long corner perfect for drifts.

Ogier was fifth fastest only 0.9 seconds behind Latvala but 0.1 second behind M-Sport team-mate Ott Tanak who ends the day in fourth.

Citroen seemed to struggle on the stage, with Craig Breen complaining that the set-up changes did not work on the stage as he set a time of 1 minute 37.7 second equal fourteenth fastest time.

However, that time was equal with team-mate Stéphane Lefebvre who was piloting the older DS3 WRC for the weekend. Team-mate Kris Meeke had a better run through however, as he was seventh fastest with a time of 1 minute 36.1 seconds.

Behind him was another Brit as Elfyn Evans set the joint eighth fastest time. The DMACK driver set a time of 1 minute 36.2 second which was equalled by the Toyota of Juho Hanninen. 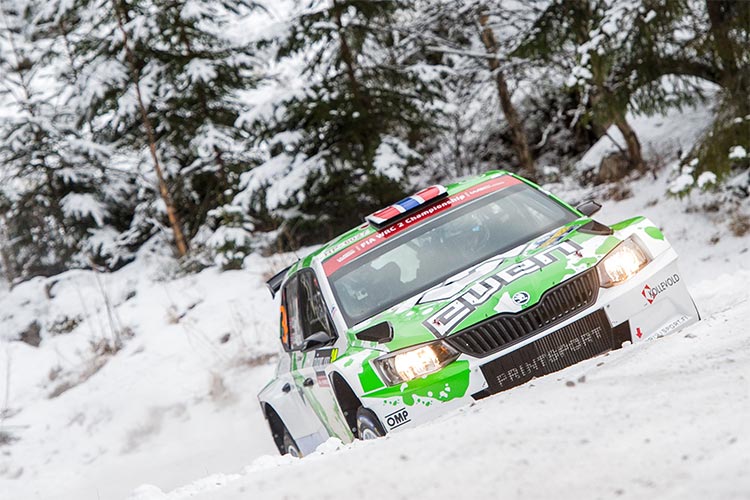 Gus Greensmith got off to a cautious start on the stage and was ninth fastest, five seconds of the lead but only 0.2 behind M-Sport team-mate Éric Camilli.

In the WRC Trophy it was first blood went to Lorenzo Bertelli in his Ford Fiesta WRC. The Italian was 0.1 second faster than his Ukrainian rival Valeriy Gorban in his Mini John Cooper Works WRC.

The rally starts proper in the Swedish forests tomorrow morning with the 18.5km stage 2.