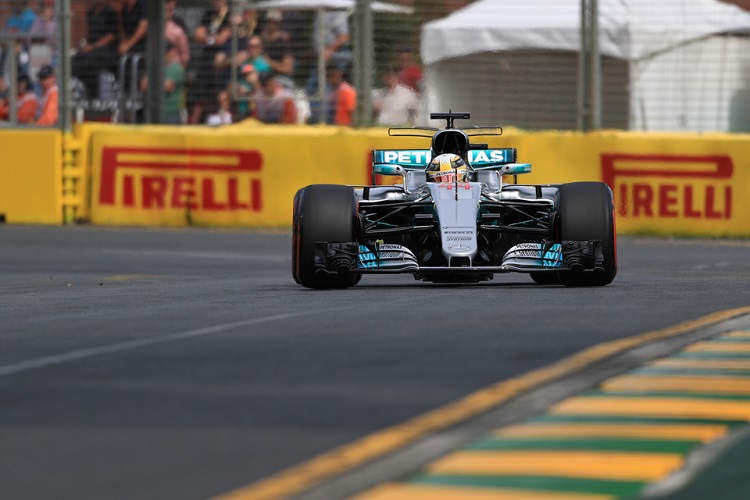 Lewis Hamilton was fastest in FP1 as F1 2017 got underway on Friday - Credit: Octane Photographic Ltd

The 2017 Formula 1 season finally got underway on Friday, and it was Lewis Hamilton who led the way in first practice for the Australian Grand Prix at the Albert Park circuit in Melbourne.

Hamilton set a best time of 1:24.220 on the Ultrasoft Pirelli tyre to lead a Mercedes AMG Petronas Formula One Team 1-2 from Valtteri Bottas, although the Finn made a mistake on his own fast lap on the Ultrasoft, ending 0.583 seconds back.

The two Mercedes drivers were the only ones to venture out on track on the quickest compound of tyre during the ninety-minute session, with the rest of the field settling to run on either the Supersoft of Soft compounds.

Daniel Ricciardo gave his home crowd something to cheer by setting the third fastest time for Red Bull Racing, getting to within 0.666 seconds of the outright pace, while team-mate Max Verstappen ended the session fourth despite early concerns about his gearbox.

Having set the fastest times during pre-season testing, the Scuderia Ferrari team could only manage fifth and sixth respectively, with Kimi Raikkonen edging out Sebastian Vettel, although they were 1.152 seconds and 1.244 seconds down on Hamilton’s time respectively, albeit on supposedly slower tyres.

Felipe Massa finished the session in seventh in the leading of the Williams Martini Racing entries, leading the closely packed midfield runners with a time of 1:26.142 just ahead of Romain Grosjean of the Haas F1 Team, Nico Hülkenberg of the Renault Sport Formula 1 Team and Sergio Perez of the Sahara Force India F1 Team, the four drivers all within one-tenth of each other.

Just outside the top ten were the two Scuderia Toro Rosso drivers, with Carlos Sainz Jr edging out Daniil Kvyat by 0.064 seconds, while Lance Stroll completed his first official practice session as a Williams Formula 1 driver in thirteenth.

Fernando Alonso was fourteenth fastest for the McLaren Honda Formula 1 Team but completed only eighteen laps and finishing 2.896 seconds off the pace, just ahead of Marcus Ericsson of the Sauber F1 Team, while Force India’s Esteban Ocon and Haas’ Kevin Magnussen were sixteenth and seventeenth respectively.

Pascal Wehrlein was eighteenth in the second Sauber ahead of Jolyon Palmer of Renault, with the Briton being restricted to just six laps during the session thanks to a gearbox related issue on his RS17.

Bringing up the rear was the second McLaren of Stoffel Vandoorne, with the Belgian having a delayed start to the session, setting his first competitive lap time after almost an hour and completing just fourteen tours in ending up 4.475 seconds off Hamilton’s pace. 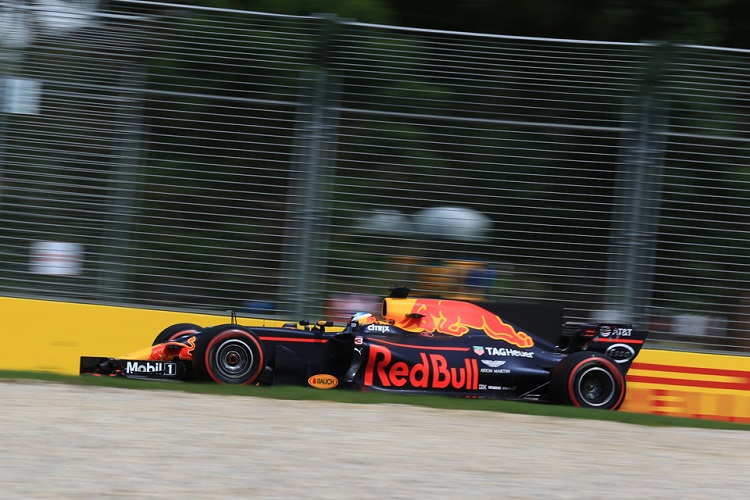