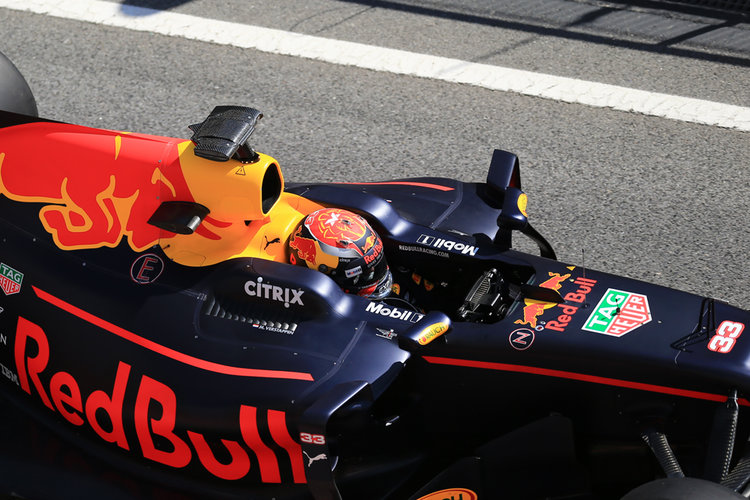 Max Verstappen has admitted that he doubts Red Bull Racing are in any position to threaten Scuderia Ferrari or Mercedes AMG Petronas Formula One Team for race wins during the early part of the season.

The RB13 appeared to be the fourth fastest car during pre-season testing, behind the above and Williams Martini Racing, and it is yet to be seen if anyone left a bit in the tank.

Despite Red Bull being named alongside Mercedes and Ferrari as the most competitive cars once the season gets underway, Verstappen doesn’t consider the RB13 a race-win contender from the get go.

“We still have to wait and see how good we really are,” he told Dutch outlet De Telegraaf.  “Personally, I don’t think we can fight for the win at the moment.  Much can change during the course of the season, but we are not good enough yet to win.”

Ferrari’s performance may have been a visible improvement on last year’s display, Verstappen is still expecting more from reigning champions Mercedes.

“Ferrari have been fast in previous years as well,” he added.  “However, this year you could tell they’ve made quite a step forward from last year – they will certainly fight for wins.“