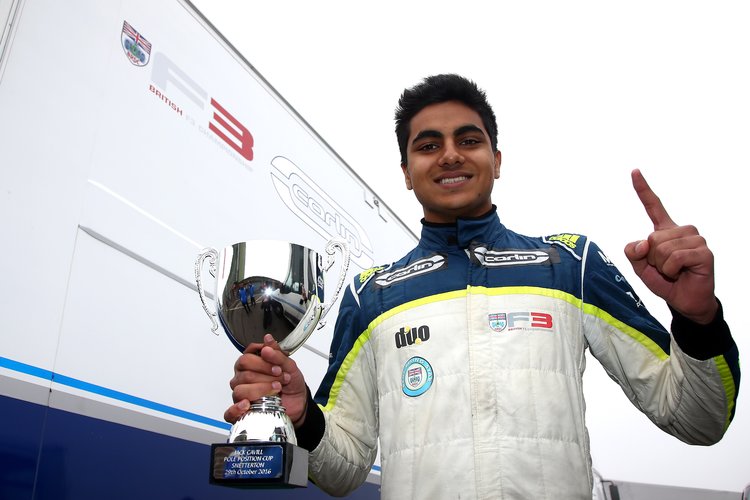 Off the back of winning the BRDC British F3 Autumn Trophy last year, Enaam Ahmed goes into the full F3 championship season with the Carlin team, as well as the continued support of Adidas Motorsport.

Adidas have been involved in motorsport for the past few years, building their reputation thanks to sponsorships with Fernando Alonso, Rubens Barrichello and of course the young 17-year-old Ahmed.

“I’m really happy to be an Adidas Motorsport driver and to be involved with one of the world’s leading sportswear brands. I’m proud to be wearing Adidas Motorsport racewear. They have helped me a lot so far and their race suits are simply the best I have ever worn.” said Ahmed.

The Carlin driver is going into only his third year in car racing having previously collected the CIK-FIA World and European Karting Championships, along with three other World karting titles that year. Since then he became the MSA Formula Rookie champion and picked up a race win in last years BRDC F3 series.

Alex Laszlo, Assistant Manager of Fyshe Limited, (Adidas Global licensee and distributor) added: “We’re delighted to extend our partnership with Enaam, one of the top young talents in British motorsport, and have him continue to represent Fyshe / Adidas Motorsport during 2017.”

“We believe Enaam has the potential to reach the very top in motorsport and we will play our part in helping him reaching that potential.”

The season begins on 15 April at Oulton Park, as the first of its eight round, 24 race season.