Daniil Kvyat: “We were battling for nothing unfortunately” 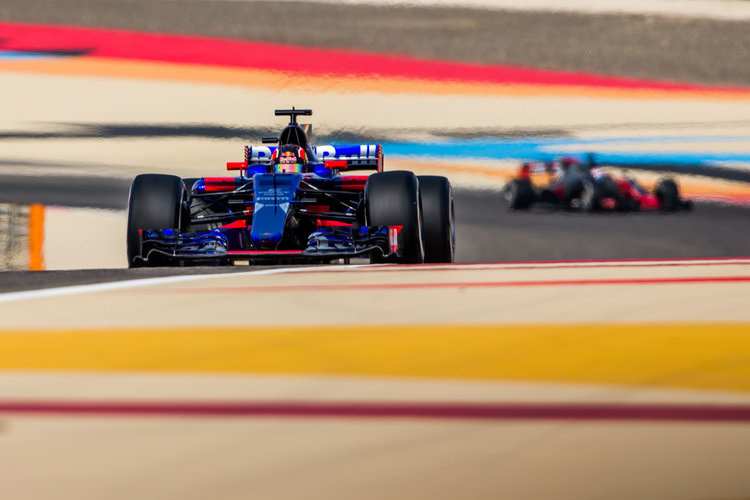 Scuderia Toro Rosso driver Daniil Kvyat was disappointed to finish out of the points at the 2017 Bahrain Grand Prix on Sunday, but says the fact that he finished the race at all was a bonus.

“After my first lap I think my race was over, unfortunately. I had very little grip on lap 1 and went off the track because of a misunderstanding with another car – I locked my wheels, went off and that made me drop to last…

“We will need to analyse what happened there, as I felt I had less grip than anyone else.”

The Russian was struggling to find any grip from the get go, which made the race extremely difficult from there on in.

He did manage to find his feet late on, with a number of attempts to make a pass on Sauber F1 Team driver Pascal Wehrlein for eleventh place in the closing stages of the grand prix. The German was just able to hold off the Russian’s advances however, and Kvyat had to settle for twelfth position.

“From that point onwards it was a very busy race, but we were battling for nothing unfortunately as the points positions were too far away…

“At least I was able to finish the race here – it was important to complete all the laps and to know that, every time I get in the car, I know what it’s doing and I feel comfortable.”

With the midfield pack so closely pitted this year, Kvyat is aware that too many races like today could hinder Toro Rosso’s season.

“Today was just not our day and we can’t afford situations like this as the midfield is very tight.”

For the next round of the 2017 Formula 1 world championship we head to Russia, Kvyat’s home race and the one destination on the calendar he will want to ensure he can put in a strong performance.

“Hopefully in the next race in Russia, my home Grand Prix, we can fight for more points, because that’s what we need and we have a car that can do it.”

By Jasmine Butler
1 Mins read
Aston Martin brings green back to the grid as they return to Formula 1 for the 2021 season.
Formula 1

By Paolo Iantosca
2 Mins read
The Alpine F1 Team have announced Daniil Kvyat as their reserve driver for the upcoming F1 season.