Ferrari’s Maurizio Arrivabene: “We proved that we have a strong car” 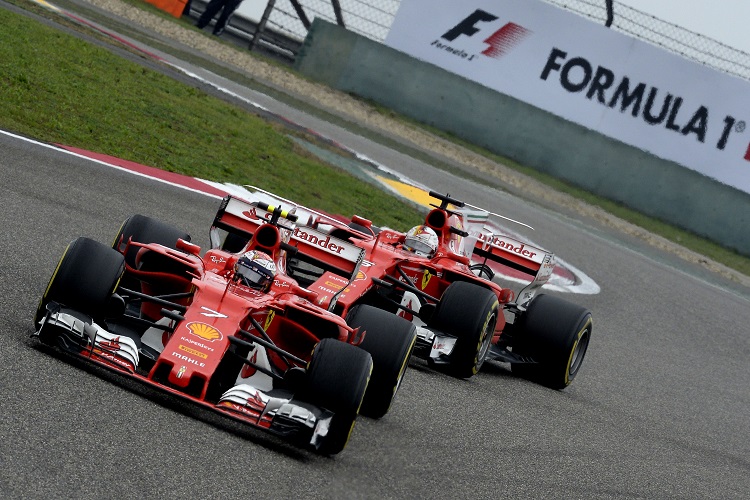 Maurizio Arrivabene felt the performance by his Scuderia Ferrari team in China proved that their 2017 SF70H machine is a strong car, even if they could not secure a second consecutive race victory with it.

Sebastian Vettel was only 6.250 seconds down on race winner Lewis Hamilton at the chequered flag despite having run fifth in the early laps, with the German making good passes on both his team-mate Kimi Raikkonen and Red Bull Racing’s Daniel Ricciardo, the first on entry and the latter on the exit of turn six. Vettel then closed down Max Verstappen and pressurised him until he made a mistake heading into the hairpin to reclaim second.

Raikkonen had a much quieter afternoon, finding it impossible to replicate the moves of his team-mate, finishing down in fifth, one place down from where he started.

“Today, on a track and in conditions which were very different from those we had in Melbourne, we proved that we have a strong car,” said Arrivabene. “Sebastian drove a very good race, and the fact that the safety car came out right after his first tyre change certainly didn’t help.

“Perhaps, without that interruption, the result could have been even better. Now all the team is already focused onto the next race in Bahrain.”