In the LMP1 field, it was the #8 Toyota Gazoo Racing entrant that took the win for the team at the first round of the 2017 World Endurance Championship: the 6 Hours of Silverstone. The #8 crew had been the fastest car on track until qualifying and retook the leading position early on in the six-hour race.However, the team found that they did not take the win as easy as they expected to with mixed weather conditions throughout the day.

After an impressive start from the #36 Signatech Alpine car, it was unable to keep hold of the class victory in LMP2. That honour went to the #38 Jackie Chan DC Racing team who took the win in their debut race.

Toyota looked like they were going to walk away with the race during the first few hours. Both cars held onto one-two at the start of the race, albeit the #8 team making a skilled move to get passed the pole-sitting #7 car in the first few laps. Porsche, although maintaining a similar pace, were unable to close the gap to the leading cars and were having to settle for third and fourth. Brendon Hartley made light work of reigning champion Neel Jani in a pass for third within the first few corners of the race. It was a position the #1 car could not recover throughout the race.

Nicolas Lapierre came out first for the #36 Signatech Alpine team and made an incredible start to the endurance race. It did not take long for him to be leading the class as pole sitter Alex Lynn started to fall down the order. The bad day was secured for the #26 G-Drive team when a door failure saw the team having to take an extra pit stop for repairs. When the car came back out towards the back of the LMP2 class it was an uphill struggle to make progression through the tight class.

Just before the halfway point of the race, the rain began to fall. This was when the advantage fell to Porsche as their pit stop, that was coming later than the Toyota stops as they were making their tyres last longer through stints, came at the perfect time as Timo Bernhard took over the wheel of the #2. Instead of having to make an extra stop for the slicktermediates (the dry/wet weather tyres Michelin provides) Bernhard was able to have them fitted in his regular pit stop which meant he lost no extra time on the track when everyone dove to the pits for the wet tyres. Nick Tandy also made this work in the #1 Porsche as he too took on slicktermediates at the right time. Both Porsche passed then leading #8 Toyota with relative ease as Anthony Davidson in the #8 Toyota struggled to find grip.

But the advantage did not last long as the #7 Toyota – at the time in the hands of José Maria Lopez suffered a brake failure that saw his Toyota launched into the tyre barrier at Copse Corner. Luckily the driver was fine and, with help from a vehicle recovery machine, was able to limp the broken Toyota back to the pits. The car returned to the track after extensive repairs with about an hour and a half left on the clock. 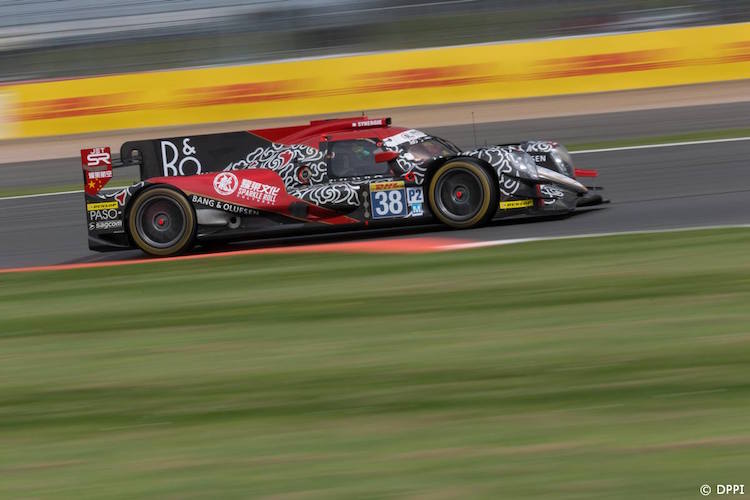 This incident was perfectly timed for the #8 Toyota as it meant the Full Course Yellows covered their pit stop. They managed to recover a lot of the time they had lost to Porsche when they had to take the extra stop for wet weather tyres and returned in the lead.

It was Hartley who took the fight to the wire with Sebastien Buemi in the #8 Toyota. #2 Porsche had to complete a ‘splash and dash’ pit stop with half an hour left of the race, choosing to take the double stint on their tyres at the end of the race. When they came back out of the pits Hartley had managed to hold onto the lead by eight seconds, something Toyota had not predicted.

Buemi was on a mission and, with fresher tyres, closed down on Hartley at a rapid pace. The Kiwi did his best to make the Porsche 919 Hybrid as wide as possible but Buemi was not to be stopped. Going into Village, Buemi lined up his Toyota on the inside of the Loop and forced Hartley to leave enough room up the inside for him to squeeze passed cleanly into the lead.

It was a great day for Oliver Jarvis who ended his first LMP2 race with a victory. It had been close between the #36 Signatech Alpine, #28 TDS Racing, and the #31 Vaillante Rebellion for the win in the closing stages but Jarvis was able to hold them all off for the top step. It was the #36 that lost out after such a great start from Lapierre and had to settle for fourth place, just off the podium, whilst #31 and #28 took to the podium respectively.

Porsche took an impressive two-three from the weekend, behind the winning #8 Toyota entry. It should be a little concerning for Toyota that Porsche, with the wrong aero package for the circuit, were able to finish only six seconds behind them. Toyota admitted that Porsche was unbeatable in the pit stops and highlighted this was a place they lost time. They will need to work on pit stops and the reliability of the Toyota TS050 Hybrid if they wish to take the battle to Porsche this season for the championship.