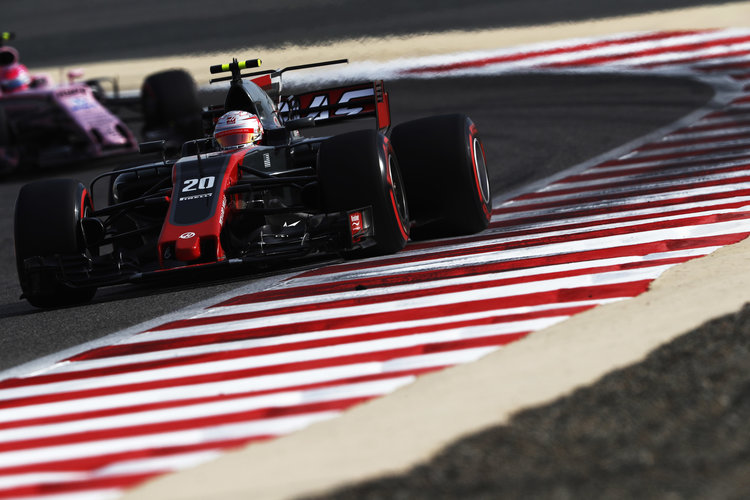 Kevin Magnussen suffered a similar fate to team-mate Romain Grosjean’s Chinese weekend when a yellow flag late in qualifying one cost him any chance of improving out of the drop out zone.

During the dying seconds of the first session, the Scuderia Toro Rosso of Carlos Sainz came to a stop before the final corner. The resulting flags prompted Magnussen to slow down to the permitted speeds, and in doing so sacrificed any opportunity of progressing further. He finished 20th.

“That’s how it is sometimes, but we’ve just got to get up tomorrow and have a good race.”

Bahrain will prove to be the most demanding of the tracks currently seen, with its later start time and undecided wind directions working against the drivers. Its early practice times also means that less race data is collected compared to other venues.

The Dane will be more annoyed by the fact that he scored his first points for the Haas F1 Team at least weeks Chinese Grand Prix, and Grosjean finished qualifying in ninth place. The car has at least proven itself as a midfield contender, which will hopefully give Magnussen options come the race tomorrow.

“Obviously in China, race conditions were a bit easier to fight back, but we’ll still give it a go tomorrow,” he continued. “We’ll see if we can get through.

“Anything can happen, we know that. There’s no reason to give up. We’ll just do what we can.”

By Paul Hensby
2 Mins read
Lance Stroll feels he should have scored more than just the two podium finishes in 2020, with the Canadian saying there were a number of missed opportunities of big results across the year.