Kvyat happy with Bahrain test ahead of home grand prix 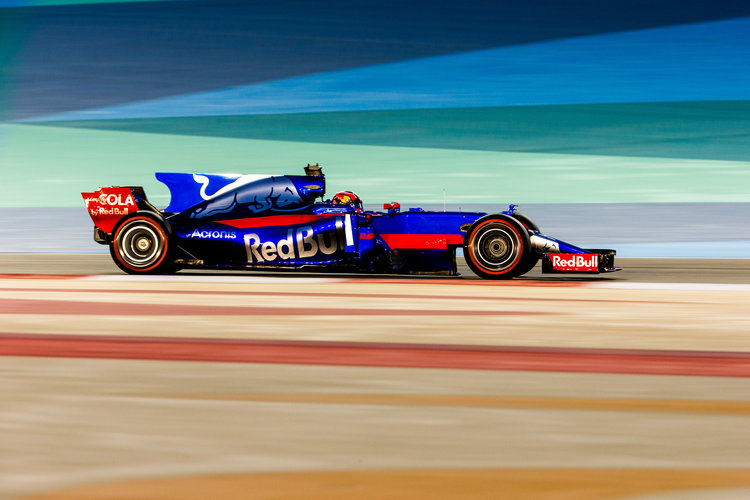 Scuderia Toro Rosso driver Daniil Kvyat enjoyed a useful morning of running on day two of the in-season session in Bahrain, completing sixty-one laps and posting the seventh fastest time of the day, despite handing over the reins to team-mate Carlos Sainz Jr during the afternoon.

The STR12 proved reliable throughout, which allowed the team to run through a robust programme of testing, as well as trialling a few new ideas, which Kvyat felt went very well.

“A very productive test for both myself and the team – considering it was only half a day, we managed to do plenty of laps, so we can be happy. It’s all been very positive and the car is reliable.

“It was useful to be able to try a few things that are sometimes a bit risky to try in Free Practice sessions during a race weekend, so this was the time to do this.”

The data collected will hopefully go towards improving the car’s performance ahead of the Russian’s home grand prix in Sochi in just under two weeks’ time, where Kvyat will be hoping to have a strong race in front of the home fans.

“We now have a lot of data to go through and we will use this in order to get ready for my home race in Russia and the rest of the upcoming races.”

Kvyat and Sainz Jr both finished outside the top ten in Bahrain, and so will be looking to score points when they return to the action for the next race on the F1 calendar, at the Russian Grand Prix.

By Paolo Iantosca
3 Mins read
The Checkered Flag looks back at the 2020 Formula 1 season of the McLaren F1 Team.
Extreme EFormula 1

By James Thomas
2 Mins read
Jenson Button has announced he will be driving for his own team in the inaugural season of the all-electric off-road series Extreme E.