For the first time in the 2017 World Endurance Championship season, the entire grid took to the track together this morning for the first official test and first session of the Prologue.

Porsche picked up where they left off in 2016 by taking the fastest lap with reigning driver’s champion Neel Jani. With their debut in class, Valliante Rebellion made their presence known by taking first and second fastest laps in LMP2.

The Porsche 911 RSR looks to be a strong contender in both LM GTE Pro and LM GTE Am. Porsche GT Team took the fastest lap in LM GTE Pro whilst Gulf Racing were quickest in LM GTE Am.

The session started out in Toyota Gazoo Racing‘s favour, with both Anthony Davidson and Kazuki Nakajima setting fastest laps respectively. However, at no point has one LMP1 team seemed to run away with the faster pace. Both teams appear to be around a couple of tenths of each other from the final lap times and lap averages set in the first three-hour test session. Jani took the fastest lap from the #8 Toyota once he took over testing duties from Nick Tandy around halfway through the session, setting a 1:32.068 as his fastest lap during his stint.

The start of the test did not go as ByKOLLES would have hoped, as they failed to set a lap time or even get the car out of the garage for the entire three hours. Robert Kubica was due to make his WEC debut but due to the technical issues that had the team rebuilding the car, he was not able to get out on track. The team will work through lunch to try and get the car ready for the afternoon session.

Making the step down to LMP2 has appeared to work in Rebellion Racing’s favour. After a slow start to the session where the team were coming in and out of the pits, both cars managed to put in highly competitive lap times that promoted them to the top of the LMP2 class. Bruno Senna ended the session in the #31 Vaillante Rebellion fastest in class with a time of 1:36.094, 0.642s faster than the sister #13 car. 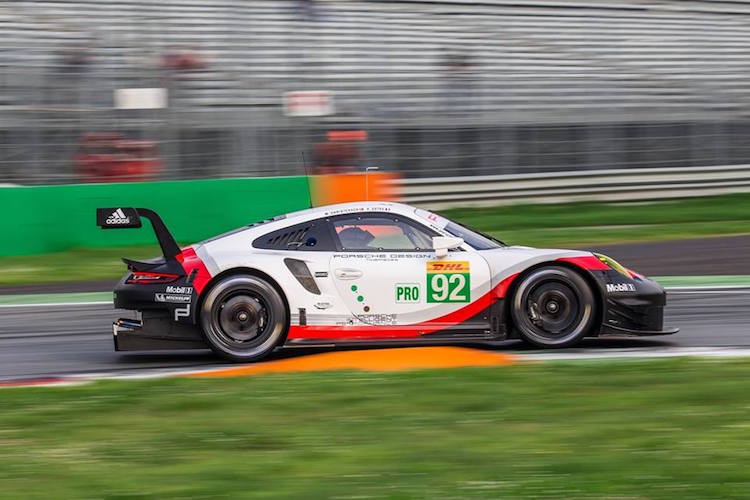 But Vaillante Rebellion, like Porsche LMP1, did not run away with the session. The #26 G-Drive was only eight-tenths off the pace of the class leaders, with a 0.147 deficit to the #13 to finish in second. The whole LMP2 field was covered by less than two seconds at the chequered flag, leading to a sign that this season of racing should be very close.

The #92 Porsche GT Team finished fastest of the LM GTE Pro cars with a 1:47.379. Once again, the Pro class appears to have a close battle on their hands as the Ford Chip Ganassi Team UK #67 was only 0.160 seconds off the lap time of the #92. The Fords and the Porsches look to be ahead of the pace of the Ferraris and the Aston Martins; the top four were separated from the bottom four by about half a second.

It is not an extreme disadvantage in pace, with the knowledge that the WEC races are long endurance races rather than sprints, so a half a second a lap pace deficit can be rectified over the period of six hours. These are also times collected from a test session, so their relativity must be taken lightly. How much fuel was on board, which tyres were being used, or what teams were testing is all unknown and could affect pace.

The LM GTE Am final times were nearly manufacturer by manufacturer. The Porsche 911 RSR (991)s took the top two spots, with Gulf Racing #86 fastest with a time of 1:50.315. The #77 Dempsey-Proton Racing Porsche was just under two-tenths off the time set by the Gulf Racing car. The third-placed Sprit of Race Ferrari 488 GTE was 0.120 off the time of the #77, and the #98 Aston Martin Racing split the two Ferraris, taking the fourth fastest time of the class.

There was one full course yellow session that lasted about five minutes. This was due to a systems check on all the LMP2 cars under the full course yellow conditions. Although a lot of cars had to take the escape road at Variante Tribune, the only other incident was when the #24 LMP2 CEFC Manor TRS Racing spun at Variante della Roggia. There were doubled waved yellows for the spin for a couple of minutes until the Gibson-powered ORECA 07 got itself moving and back on track.