Reece Sets the Barr in JCW Qualifying at Rockingham 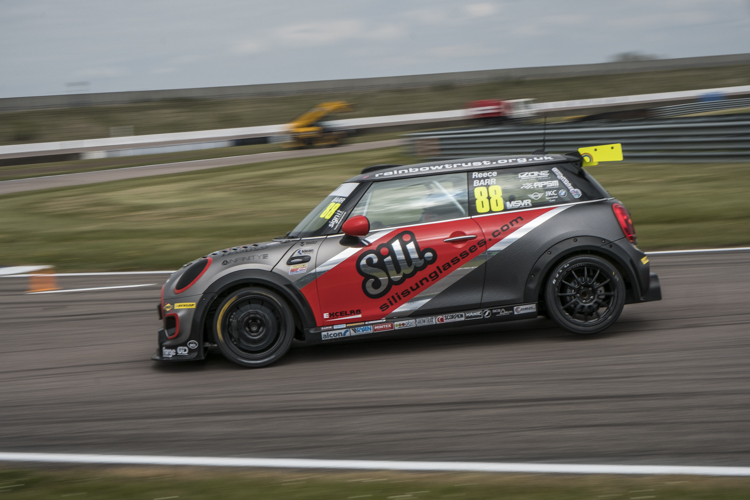 A first pole of the year for Reece Barr will see the Northern Irish racer lead the MINI CHALLENGE – JCW field away at Rockingham for race one. The Excelr8 driver benefited from clean air during the middle of the session before the tyres of his rivals went off.

Oulton Park pole sitter Max Bladon was the man making the early progress, setting the benchmark during the opening ten minutes. He was hardly going to have it all his own way though with Barr swapping times at the head of the field. Brett Smith and 2016 champion David Grady would soon join the pair at the fore, but the gap to Barr would prove to be difficult to beat.

Despite some late improvements, the order would remain static as tyre wear increased, ensuring Barr took the pole by 0.170 seconds with a time of 1min 28.683.

James Turkington would line up fifth. He came in before the end of the session, saving his tyres and securing his grid spot as the others failed to improve, ensuring he could be a threat during the opening race. He lines up alongside Mark Wakefield.

Charlie Butler-Henderson was the driver to watch coming into the weekend. The MINI UK VIP driver was leading the points table but could only qualify seventh leaving it all to do on Sunday ahead of Scottish racer Calum King.