Romain Grosjean: “It was looking all good, but then I couldn’t do the lap” 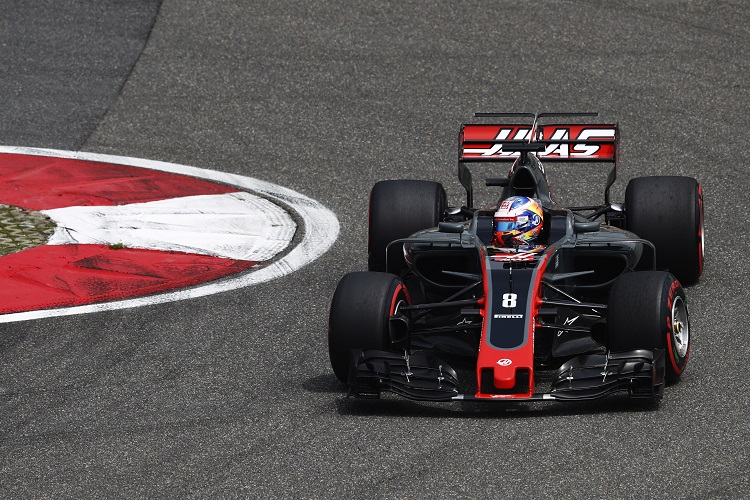 Romain Grosjean was aiming for a second consecutive top ten starting position for the Haas F1 Team on Saturday at the Shanghai International Circuit, but the Frenchman will start seventeenth after an early spin ruined his first flying lap and Antonio Giovinazzi’s crashed ended his chances of advancing to Q2.

Grosjean was unsure to the reasons for his spin at the final turn that prevented him from setting a time he felt sure would have been good enough to progress to Q2, but the second lap was heavily compromised by the yellow flags when Giovinazzi crashed his Sauber at the final turn.

“The first lap was looking good in qualifying, then I spun on the last corner for some unexpected reason,” said Grosjean. “We need to look if I went a bit too hard on throttle on the exit.

“The second lap was actually really good. I was aiming for P10, but Giovinazzi crashed at the last corner and I couldn’t complete my lap. It’s just hard luck.

“The car was going to be P10, so we weren’t far off chasing Q3. It was looking all good, but then I couldn’t do the lap.”

Grosjean knows that from seventeenth on the grid the race will be much harder to score Haas’ first points of the season, but should it rain as promised, it will be interesting to see how the Pirelli wet weather tyres work in race conditions.

“Tomorrow’s going to be a long race,” said Grosjean. “We know the tyre degradation will be a huge thing here in the rain, and it should rain. It’s a white piece of paper to start.”

By Paul Hensby
1 Mins read
A decision to whether Portugal will host the third round of the 2021 Formula 1 season is likely to be made before the end of February.
Formula 1

By Paul Hensby
1 Mins read
The Dutch Grand Prix will only go ahead as planned in September if fans are allowed to attend, according to race promoter Jan Lammers.
Formula 1Formula E