Ross Brawn has spoken about his desire to end the culture of secrecy that has evolved in Formula 1, and instead use the wealth of technical data in a way that further increases fan engagement.

Over the past few years, since the introduction of the new hybrid power units and the reduction in the number of pit stops, the experience of fans during race weekends has been under scrutiny. Action on the track is either limited or even non-existent, with races being described as more a procession.

But now Brawn, the motorsport managing director for Formula 1, believes that the solution lies with the plethora of information that teams have available but which is currently kept under wraps and unpublished.

Ever since new owners Liberty Media took over, they have investigated a number of technological avenues that have been both ignored and overlooked in previous years; it is no secret that social media is one stream that has not been exploited, despite its low-cost and high audience levels. So it makes sense that a media conglomerate would take it upon themselves to introduce such streams.

According to Brawn, Liberty Media are working closely with Formula 1’s technology partner Tata Communications to bring about a new level of fan engagement through the use of mobile applications and even Virtual Reality.

Of the planned developments, a few will prove straightforward; the installation of WiFi networks at race tracks should be similar to that in other commercial and private venues. But others will be time-consuming, though their eventual popularity should make up for the expense.

Brawn’s enthusiasm is mostly down to his position as a spectator after he bowed out of the sport. Following years sat at the pit wall or in the garage, amongst the action and surrounded by the facts and figures, he suddenly found himself ignorant to what was really going on beyond the sector times and video that the television broadcast could offer. In his opinion, if Formula 1 was able to translate telemetry and tyre data to fans around the world then they would be able to deduce for themselves a strategy or a pit window, and experience an even greater level of immersion in the sport.

“There is a great layer of information in Formula 1, that we should be making available to the fans, so the fans can watch at whatever level they want to engage in,” Brawn told Motorsport.com.

“I had three years as a TV enthusiast and what I missed was the ability to keep going deeper and deeper into what’s going on in the race.

“I was used to pitwall environment where I had all the information and I had the analysis from my experts being fed in to me as well. So I had a picture of the whole race.

“Imagine that you have all the information available that the strategists have on the pitwall, to decide when they do a pitstop. You simulate all that, you decide when you want a pitstop and you work through it.

“We can make available a necessary program, so people could use it to make their predictions. You have the tyre profile, you have the length of the pitstop, you have the position of the cars and you have the gaps. So you’d be working out a pitstop yourself, which for me would be fascinating.

“With all the fans engaging like that, you can imagine the collection of opinions and debate that would go on. And this is only an example of one aspect of the racing, because there’s so much information out there – and it’s all available.

“The teams do massive analysis of how’s the car behaving, how much understeer it has, how much oversteer it has, what would brake wear be like? If we cross that barrier, to make all that information available, I think the large chunk of enthusiasts would really enjoy seeing all that, both live and retrospectively.” 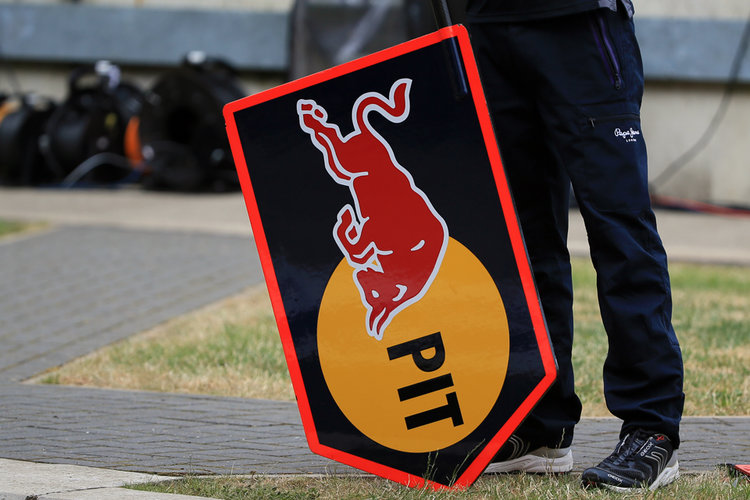 “We’ve got a framework and we’ve got a platform to almost do whatever we want,” he added. “And that’s a great position to be in.”

This idea of widening its reach through the expansion of shared content is one echoed by Tata themselves, who view the plans as a critical move should Liberty Media want to continue with their goal of reaching new audiences.

“Beforehand you could have the racing experience and not worry about the technology,” Mehul Kapaida, head of Tata’s F1 division, said. “I think now, the technology is as important as cars going faster.

“If you consider great racing action and great means to deliver it to audiences, that is where the real punch is.

“What Netflix cracked the code on was to ensure that when you want it, you will get it. Live sports still faces that challenge of, is it interesting enough after I already know who has won? So what do you do to the content to deliver that.”

But these plans have two obvious pitfalls, the first being the inevitable lack of cooperation by the teams when asked to supply / publish their data; perhaps this would only be ensured through a new regulation, though a forceful approach would fail to harmonise an already divided grid.

This is a matter Brawn is aware of, but he thinks that cooperation would be in everyone’s interest. He likens the situation to the teams’ radio broadcasts that at first they wished to remain private but now form an intriguing part of the sport.

“It’s thinking with a bigger picture – let’s stop being so competitive in certain arenas,” he said. “We know we need to beat each other, but can we cross that barrier and instead say, what we want is a much bigger business. And if we all do it, nobody is going to be disadvantaged or advantaged.

“I remember it was the same with team radio. Teams didn’t want radio conversations broadcast, but now it is a very interesting aspect of the race and nobody thinks about it any more.”

But the teams’ response at this stage is pure speculation as Brawn admits that they are yet to be approached with such an idea.

“To be fair, we haven’t got our ideas straight on what we feel would be the right requirement from the teams to take this forward,” he said.

“I don’t want go out and ask for a bit of this and a bit of that. We really need get our idea straight and we’re in that process. It will take a little while and we can cross that barrier of secrecy.”

Secondly, it’s the relevance of such data to the fans. It would need to be determined if 1) fans were interested in having access to and manipulation of such data for their own “enjoyment”, 2) whether such data could be easily interpreted and applied by fans of all technical and non-technical backgrounds, and 3) if such an application solves the fundamental problem of fan enjoyment. It is the lack of on-track action that has been bemoaned about, and perhaps these projects, which play to Liberty Media’s strengths, are only delaying the inevitable continuation of criticism over tyres, overtaking or another issue, whatever that may be at the time.

But one thing that is for certain is Liberty’s desire to introduce these changes in the most timely of fashions, as Brawn suggests that we could expect the first trials to take place this season. If this were true, and there were no hiccups along the way, then we could see a fully fledged implementation as early as next year.

“Maybe some trials this season, but I think next year is more realistic for substantial elements, but there will be pieces coming in this season,” he added.

In the meantime, Tata are busying themselves with the introduction of WiFi networks at the circuits. Despite it being something that Tata are able to implement ‘in a matter of hours’, Bernie Ecclestone always shied away from the utility for commercially driven reasons. But Brawn is pleased to say it is something that Liberty are determined to rectify, and that it is currently in the pipeline. It is also a necessary addition to make the above sharing of data a reality.

“That’s coming, that’s definitely coming. It’s being worked on,” he said. “You know, the things I’ve spoken about – following a race and understanding the strategy and working out pit stops, if you could do that on a grandstand, on your portable device. Imagine how great that would be.”

Would an application like the one above be of interest to you? Is the increased media interaction a good thing for the sport? Or do you have another suggestion for Ross Brawn on how fan engagement and experience can be improved? Let us know in the comments below.