Stoffel Vandoorne: “We expected to have another difficult weekend” 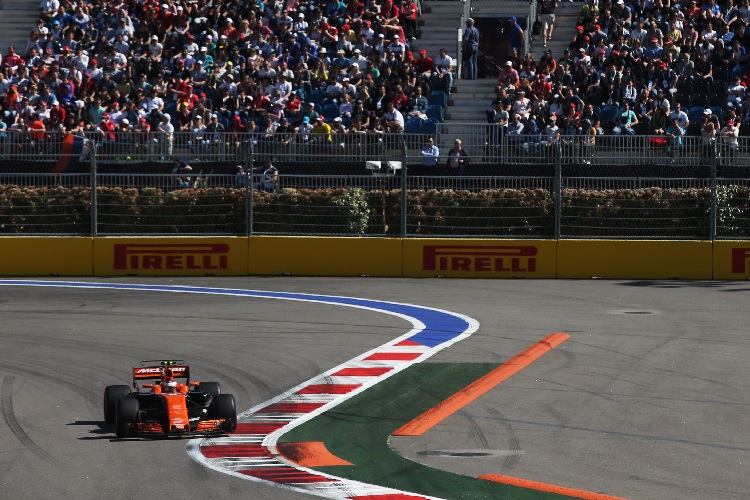 Stoffel Vandoorne is hoping for luck to move forward in Russia on Sunday - Credit: Charles Coates/McLaren

Stoffel Vandoorne headed into qualifying knowing he was effectively going to be starting at the back of the grid after a fifteen-place grid penalty for an engine change, and as a result put more of a focus on preparing his car for race day at the Sochi Autodrom.

The McLaren Honda Formula 1 Team racer was seventeenth fastest in qualifying on Saturday but will start plumb last, and although he knows it will be a difficult task to move forward, he is hoping for some luck that would see him move up the order, especially if the one-stop strategy fears are realised.

“After receiving the grid penalty yesterday for changing power unit components, we chose to direct our focus more towards tomorrow’s race,” said Vandoorne. “We knew we’d more or less be starting from the back, so our main aim will be to try and get the most out of tomorrow’s race.

“Although we know it’s going to be difficult for us to overtake around here, I still think that a lot of things can happen over a race distance. Even if it turns out to be a one-stop race, it’ll be a long afternoon – and, hopefully, there’ll be some incidents or a Safety Car, which could create some scenarios that might play into our hands.

“We expected to have another difficult weekend, but I’m hoping for a better day and the opportunity to make something happen in the race.”