Rain was predicted for the 6 Hours of Spa-Francorchamps but there was only a light falling in the last few moments of the race, meaning that any impact the weather could have had on the race was not drastic enough to make a difference.

The day did start very warm for the second round of the World Endurance Championship, with dropping temperatures throughout the race impairing some team’s racing.

After setting an impressive pole position yesterday, Sam Bird and Davide Rigon took the chequered flag in the Pro class, but it was not an easy lights to flag victory. In opposition to this, the #98 Aston Martin Racing crew seemed to have the simplest light to flag win as they took their first victory of the season.

Ford Chip Ganassi Team UK was right in the fight for the lead of the class in the opening few hours of the race. AF Corse seemed to have a slight edge but Ford was keeping up with the pace and keeping the pressure on, ready to make the most of any mistakes from the Italian team. But as the day began to cool the Fords began to fall back from the Ferraris, making it more of a two horse race. 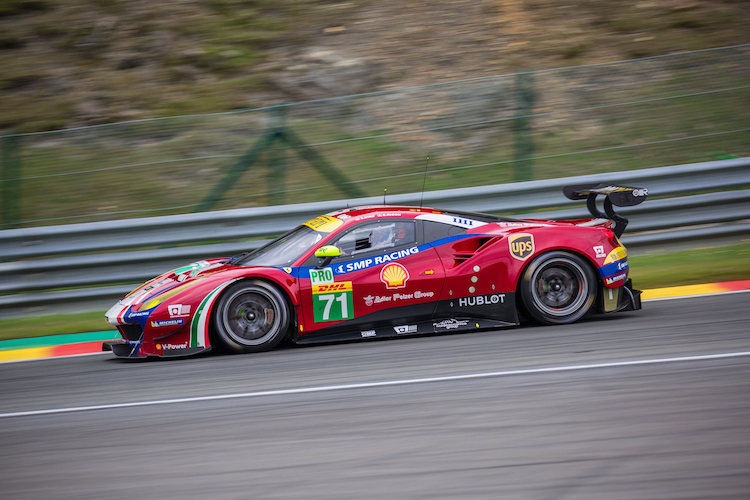 Bird made the first move in spurring on the inter-team fight for the lead. AF Corse was about to take the lead of the class back from the #67 Ford and had both of their Ferraris close together on track. Bird lined his 488 GTE up perfectly so he could take the tow off of the sister car ahead of him. As #51 made the move around the #67 Ford, Bird stayed on his rear wing and demoted the Ford two positions in one move. However, using the extra momentum he had from the tow, Bird also made a move to take the lead from the #51. After a little bit of jostling for track space, Bird led the class whilst the #51 team had fallen to third, with the #67 Ford making an opportunistic move to get back into second.

The battle between the Ferraris for the lead of the Pro class stayed within a second gap for the next four hours of the race. It was only as the chequered flag approached that Bird had made up a twenty-second lead to Calado behind him that the win was not under threat. Had the pair remained close there would have been a final dash at the chequered flag.

This Ferrari one-two was followed by the entire class finishing two-by-two by manufacturers. The #66 Ford finished on the podium after the #67 seemed to suffer some issues that affected its race, whilst the Porsche duo led the Aston Martin pair over the line. 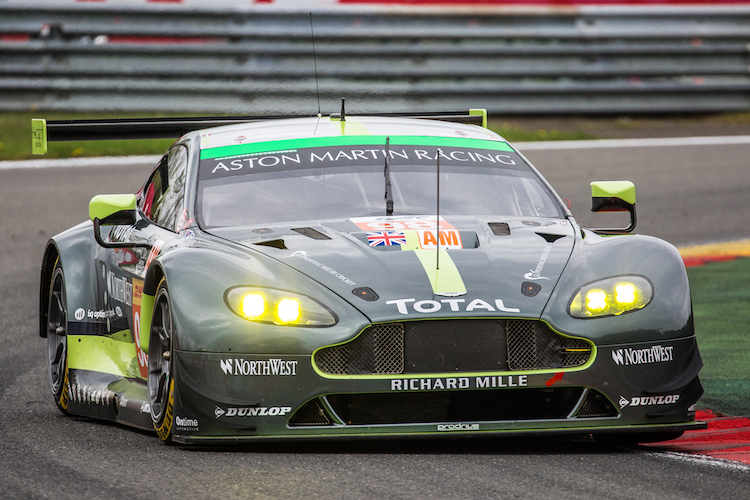 It was not all bad news for Aston Martin as they completely dominated LM GTE Am. From the lights going out, Paul Dalla Lana, Pedro Lamy and Mathias Lauda did not give up the lead of the class. Even when they were given a time penalty in their pit stop for a formation grid infringement their advantage was too much on the field to lose the lead.

It seemed to be a fairly simple race for all in the LM GTE Am class. The #77 Dempsey-Proton Racing Porsche had a fairly easy drive to finish second in class. There was a brief battle between the Ferraris for third in class but the #61 Clearwater Racing Ferrari took and maintained third from about the halfway point, putting three different manufacturers on the Am podium again.

The #86 Gulf Racing Porsche had been looking strong for third but there were too many incidents of abuse to track limits. The team picked up many penalties that saw them lose enough time to be at the back of the field. It was whilst trying to recover that the #86 drove into the back of one of the Fords going through Bus Stop chicane. Front damage was seen on the front of the #86, but it is assumed some debris from the contact got under the car. On corner exit, the #86 pirouetted round, nearly taking out one of the LMP1 Toyotas as it did. The car looked like it would be fine as it got moving again but moments later it ground to a halt on the main straight. This brought out the first full course yellows of the race and saw the one and only retirement of the 2017 6 Hours of Spa. 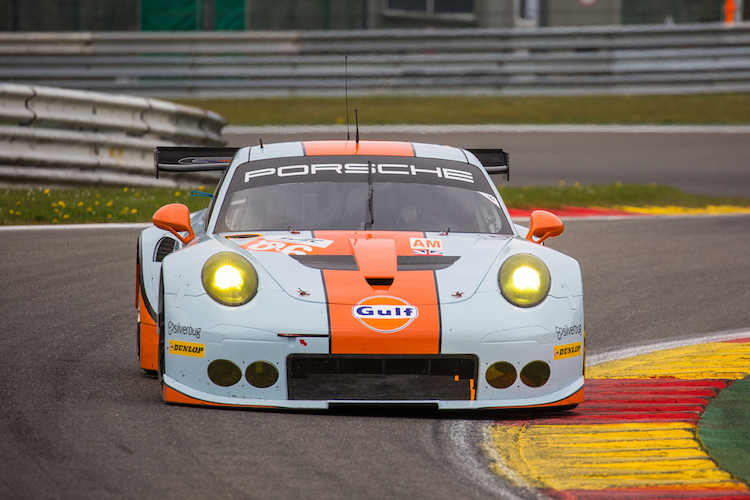 Countdown to Le Mans 2019: Who are the class favourites?

Toyota and Aston Martin Win WEC Race of All Seasons

Dry Conditions put Toyota Back On Top in Spa