Haas Guenther Steiner: “The weekend ended how it started – badly” 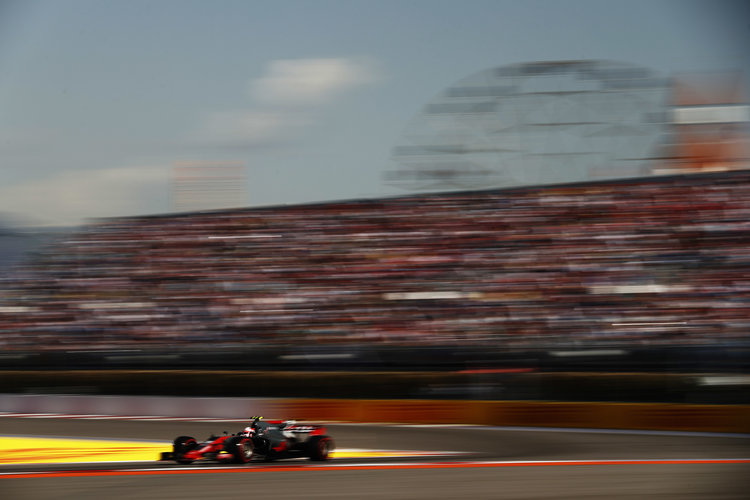 Haas F1 Team Boss Guenther Steiner was lamenting on a difficult weekend all round for the American squad in Russia, with one driver taken out of the Russian Grand Prix on the first lap, and the other coming home out of the points in thirteenth place.

“The weekend ended how it started – badly. I think the best thing we can do is put it behind us and concentrate on Spain.”

Driver Romain Grosjean, who had struggled with his brakes throughout the weekend, was involved in an incident with Renault Sport Formula 1 Team driver Jolyon Palmer on the very first lap of the race, the pair colliding at turn two before clouting the barriers, which saw both men retire from the grand prix early doors.

Steiner was less than impressed with the Renault man’s move.

“Obviously, Romain had the incident when Palmer ran into him at turn two. That was his race done.”

Team-mate Kevin Magnussen also had a hampered race, after being handed a five second penalty for taking avoiding action at Turn 2 and exceeding track limits on the opening lap. The corner was marked out as an area of surveillance for the FIA this weekend, having noted the tendency of drivers to cut the kerbs in order to gain an advantage there in previous races.

The penalty ruined any chance the Dane had of creeping into the points at the end of the race, having run as high as ninth position at one point.

It was a frustrating day for Steiner, who said he just wanted to forget this weekend’s result and concentrate on the Spanish Grand Prix that would be coming up in just under two weeks’ time.

“With Kevin, he got the five-second penalty and that put us out of the running. We just lost too much time and that was the race.

“We just tried to bring the car home because there was nothing to be gained or lost. We started 13th, we finished 13th. Now we go to Barcelona.”

By Robert Percy
2 Mins read
Williams Racing will be using Mercedes gearboxes as well as other related hydraulic components developed by Mercedes from 2022.