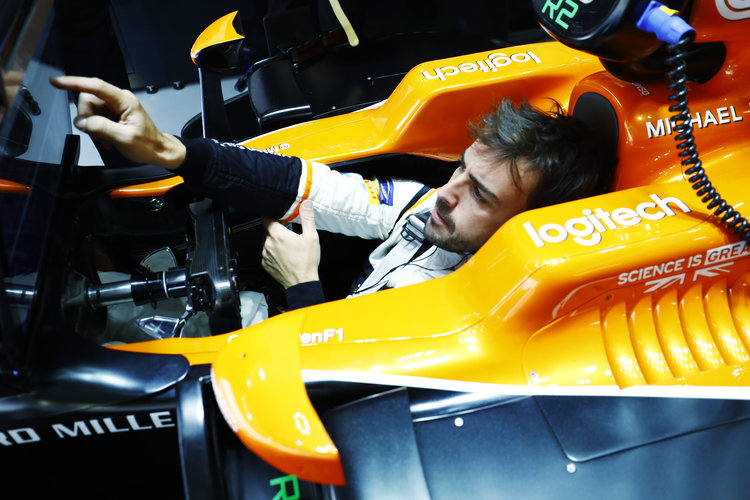 Fernando Alonso in the cockpit of the MCL32. Credit: McLaren Media Centre

McLaren Honda Formula 1 Team driver Fernando Alonso was left feeling extremely frustrated after this weekend’s Russian Grand Prix, having been forced to leave his MCL32 at the entrance to the pit lane, following a loss of power before the race had even begun.

The Spaniard suffered an ERS software fault on the way to the grid, which meant for the second round in a row, McLaren have had one driver unable to start the race due to reliability issues with the PU, a fact the double world champion feels is just not good enough.

“It’s tough, it’s frustrating – every weekend is the same.

“My power unit didn’t have the usual power during the formation lap, so my engineer told me to change some settings on the steering wheel.

“Unfortunately, that didn’t work and towards the end of the lap the engine shut down. My race was over before it started.”

Alonso and team-mate Stoffel Vandoorne have put up with a lot so far this season, when weekend after weekend, they encounter different problems with the Honda engine.

The double world champion is yet to finish a race this year, and says the situation is becoming difficult to bear. Though he is ever hopeful that things will improve soon, and will never give up believing that McLaren can find a way out of this dilemma.

“But Formula 1 is my life, so hopefully we can improve the situation soon.”