Fifty years ago, a man named Bill Chesson founded the circuit of Lydden Hill and oversaw the building blocks of a place that would be known as the Spiritual home of Rallycross.

Fifty years on, The World RX of Great Britain will be hosted at legendary venue for the last time before it moves to Silverstone for 2018. However don’t expect the Kent circuit to leave the World RX calendar without a bang in 2017.

After taking his first win of the year in Belgium and ending the win streak of 2016 Champion Mattias Ekstrom, Johan Kristoffersson will be aiming to carry on his good fortune this weekend as he looks to take a second victory for PSRX Volkswagen Team Sweden and close the gap further to the EKSRX driver who leads the Drivers Championship.

However, if you look back over the last two years to the UK World RX round, two men have fought for victory: Ekstrom and Petter Solberg. In 2015 Solberg held off Ekstrom to take the win whilst in 2016, the former DTM Champion fought back to beat his Norwegian rival.

With the scores even at one win a piece, Solberg will also be looking for that first win of the year with both Kristoffersson and Ekstrom already having reached the top step of the podium.

But it gets more difficult to predict a winner as you factor in Team Peugeot-Hansen with their recent form.

The Franco-Swedish squad have had at least one of their cars in each of the four Supercar Finals this year and both Timmy Hansen and Sebastien Loeb have been threats to take the win at each round. Could we see a win for a third manufacturer perhaps?

Kevin Hansen suffered a big accident in Mettet and with a newly built 2016 chassis ready for this weekend, last years FIA European Rallycross Champion will be out to improve on his fourth place from 2016.

Andreas Bakkerud is looking for a return to form at Lydden Hill this weekend. Credit: IMG / FIA World RX

Hoonigan Racing Division are looking to recapture the form that they started showing at Lydden Hill last year. Andreas Bakkerud was extremely fast over the weekend of the 2016 World RX of Great Britain until a poor start in the Final saw him lose out any chance of victory.

Both Bakkerud and team-mate Ken Block have had a difficult season so far and will be hoping that this weekend will be the start of an improvement in fortune for them.

EKSRX team-mates Topi Heikkinen and Reinis Nitiss have both shown impressive speed this year and will be hoping to to make it three Audi S1 Quattro’s in the Semi-Finals again. However with one appearance in a Supercar Final already for both the Finnish driver and the Latvian driver, will they finally reach the podium that has eluded them so far?

Baumanis will be aiming for an improved Qualifying form to progress. Copyright: Albatec/McKlein

As the Works Teams fight up front, expect the two Austrian Ford outfits will be ready to pounce for a vital Semi Final spot. The Team STARD duo of Timur Timerzyanov and Janis Baumanis see Lydden Hill as a circuit that will suit them whilst Kevin Eriksson will be out to show his raw speed as he also hunts down a Semi-Final place.

There will be four British drivers to cheer for this year as Guy Wilks is joined by former BTCC Champion Andrew Jordan who joins MJP Racing Team Austria and subs for Timo Scheider who is racing in Germany this weekend.

2007 British Rallycross Champion Ollie O’Donovan leads the British Championship this year and returns to World RX in his Euro RX Ford Fiesta. Oliver Bennett who in his first season of Rallycross sits in second place behind O’Donovan after two events, makes his World RX debut in the Xite Energy Ford Fiesta. 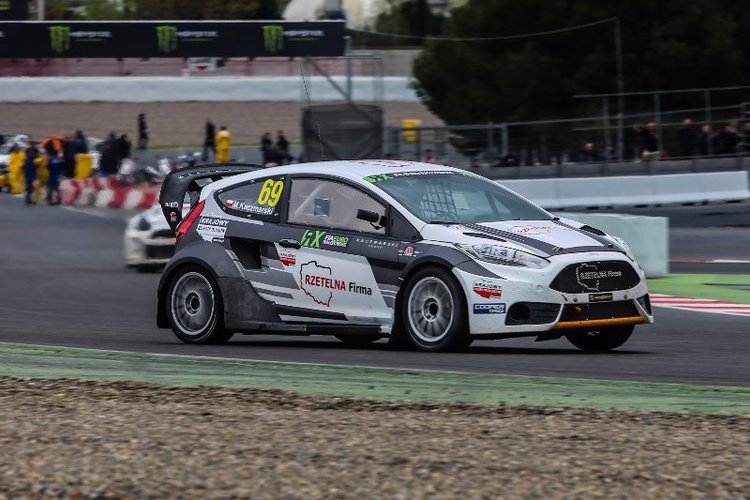 Martin Kaczmarski returns for what is his fourth event of the year in World RX outside of his Euro RX programme whilst Belgian Driver Michael De Keersmaecker completes the 24 strong Supercar entry.

With the 2017 FIA European Rallycross Championship for TouringCars and the RX2 International Series also taking part over the weekend, you are in store for what will be one of the best weekends of World RX action so far this year.