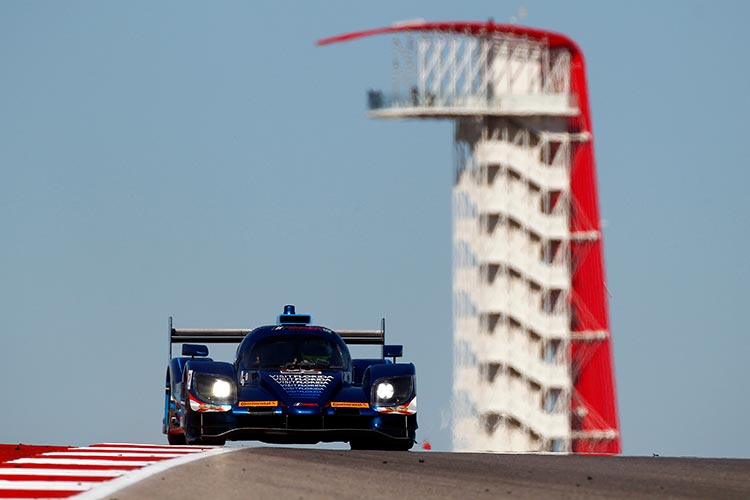 Wayne Taylor Racing‘s perfect start to the IMSA Wethertech Sportscar Championship continued as the #10 dominated the Advance Auto Parts Sportscar Showdown at the Circuit of the Americas (COTA).

Despite a late race caution, the #10 car of Ricky and Jordan Taylor won by 20 seconds in a weekend which was totally dominated by the WTR Cadillac DPi.

Having taken pole by a second Ricky Taylor lead away from the start but behind him chaos decimated the GTLM field at the very first corner.

At the first corner the #66 Ford GT made contact with #62 Risi Competizione Ferrari, spinning the Ferrari into its team-mate and the #4 Corvette, which was then collected by the #912 Porsche.

The Ferrari, the Corvette and the Porsche all retired while the Fords carried on but had to pit for damage eventually finishing many laps down.

This meant only four runners in GTLM to fight for battle with the two BMW M6s leading 1-2 in the prime position to wrap up the category.

When the field went green, Taylor stormed away proceeding to pull away by 1.5 seconds a lap over the chasing pack. He built up a gap of 27 seconds in 23 laps during his first stint.

In GTLM BMW’s seemingly sewn up victory unravelled when the #911 Porsche of Patrick Pilet caught and past them before the first pitstops.

The pitstops themselves ended BMW’s bid for victory when the #25 machine left with it’s fuel hose resulting in a drive-thru penalty and the #24 was given a 60 second penalty for running the red light at the end of the pitlane.

It was joined by the #911 which was pinged for the same offence and the Porsche’s race got even worse when it was tapped into a spin by the #15 Lexus of Jack Hawksworth.

This meant Antonio Garcia in the remaining #3 Corvette was gifted a trouble-free run to the finish and this was despite being affected by a fire in practice.

Taylor’s commanding lead was wiped out by the race’s a second full-course caution when the #16 Change Racing Lamborghini of Jeroen Mul ground to a halt straight after it’s pitstop.

This brought the #5 Mustang Sampling Cadillac of Joao Barbosa right back onto Taylor’s tail.

Despite this Taylor stormed away to build up a gap of 2.3 seconds after the first lap, as Barbosa came under attack from his team-mate the Whelen Engineering Cadillac of Dane Cameron.

In GTD Jeroem Bleekemolen partnered by local ace Ben Keating, also pulled away after passing Daniel Morad in the #28 Porsche of Alerga Motorsport, despite pressure from the #48 Lamborghini of Bryan Sellers and the #63 Ferrari of Alessandro Balzan.

The #5’s slim chances of victory was dashed when it ran out of fuel in the pitlane and was forced to be pushed down to its pit box by the pit crew of the Whelen Engineering team. 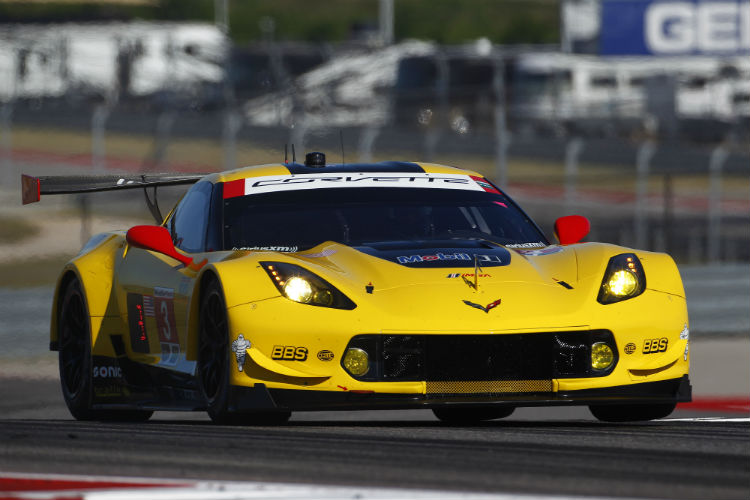 Despite a fire in practice, the #3 Chervolet Corvette of Corvette Racing took advantage of the turn one GTLM carnage and BMW’s problems to take an unlikely victory in GTLM. Copyright: Phillip Abbott/LAT Images

This dropped the Cadillac down to fifth, but Barbosa regained a podium place with 10 minutes remaining when the third place #2 ESM Ligier’s engine blew up in the biggest possible way.

This bought out a quick caution, leaving a five minute sprint to the flag. 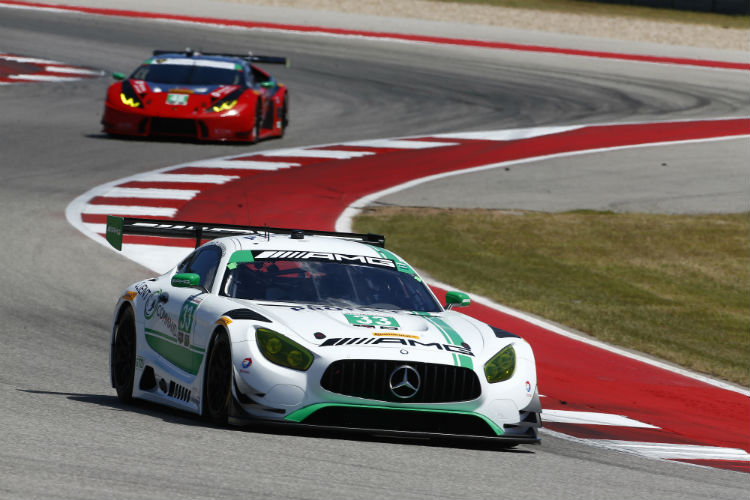 #33 Riley Motorsports of Jeroem Bleekemolen and Ben Keating took a comfortable victory on their home event, increasing their dominant position at the head of the GTD Championsip. Copyright: Phillip Abbott/LAT Images

Taylor had the GTD lead battle in-between him and Cameron so he was away and clear to take a dominant victory.

Bleekemolen also used the quicker prototype traffic to pull away as his closest challenger, Balzan was unable to get a clear run to get close enough.

This victory was enough to increase Riley Motorsport’s lead in the GTD championship, while the #3 Corvette takes the GTLM championship lead due to the #66 Ford’s troubles.

Yet the WTR’s dominant performance all weekend means that they are not ready to give up on their domination of the championship any time soon.

By Josh Disborough
1 Mins read
Dinamic Motorsport have confirmed that they are once again to contest the Endurance Cup as part of the Fanatec GT World Challenge Europe Powered by AWS .