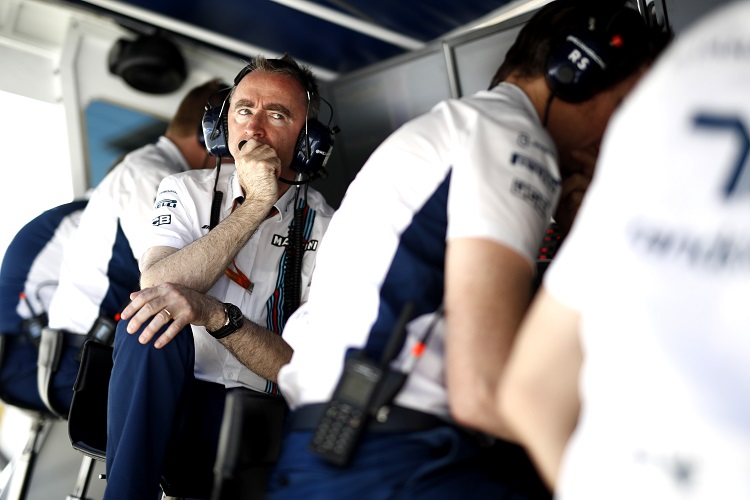 Paddy Lowe expects the Azerbaijan Grand Prix to be a test of endurance due to the expected high temperatures - Credit: Glenn Dunbar/Williams

Paddy Lowe feels the Baku Street Circuit could suit the Williams Martini Racing squad this weekend, with the team aiming for their first double points finish of the season, although the high temperatures expected will make it more like an endurance event for everyone.

It is the second time Formula 1 will visit Azerbaijan, and as a result Lowe, the Chief Technical Officer at Williams, feels they will be better prepared this time around, although the Grove-based team achieved a double points finish last year with Valtteri Bottas and Felipe Massa.

“It was an exciting first race in Azerbaijan last year and now we understand the circuit we can return more prepared for a second Grand Prix,” said Lowe. “Baku City Circuit is a 6km anticlockwise street circuit with some similarities to Canada in terms of set-up and characteristic, so we would hope to see a similar performance level for the FW40.

“It’s one of the hottest races of the year, with the record highest average temperature for this month being 39C, so it will require endurance from both the drivers and the team to stay at peak performance.”

Lowe expects Massa to put the disappointment of his first lap retirement in the Canadian Grand Prix behind him by returning to the points in Azerbaijan, and also hopes Lance Stroll takes the confidence from his first points finish of his career into this weekend.

“Overall, it’s a great city which we all enjoyed exploring last year,” said Lowe. “Felipe is familiar with the track and is currently on top form, so will put the disappointment of the unfortunate accident in Canada out of his mind to aim for a result he deserves.

“We also look forward to a positive weekend for Lance, building on his first Formula One points finish in Canada two weeks ago.”

George Russell: “I’m sure it will be a thrilling spectacle both inside and outside the car”

By Paul Hensby
2 Mins read
George Russell has just two races of his Williams career remaining before he switches to Mercedes in 2022, and he is aiming for points this weekend in Saudi Arabia.
Formula 1

By Paul Hensby
2 Mins read
Williams drivers George Russell and Nicholas Latifi will race in the honour of Sir Frank Williams this weekend in Saudi Arabia after the team founder’s passing earlier this week.