Bottas Blames Inability to Challenge Hamilton on Lack of Grip 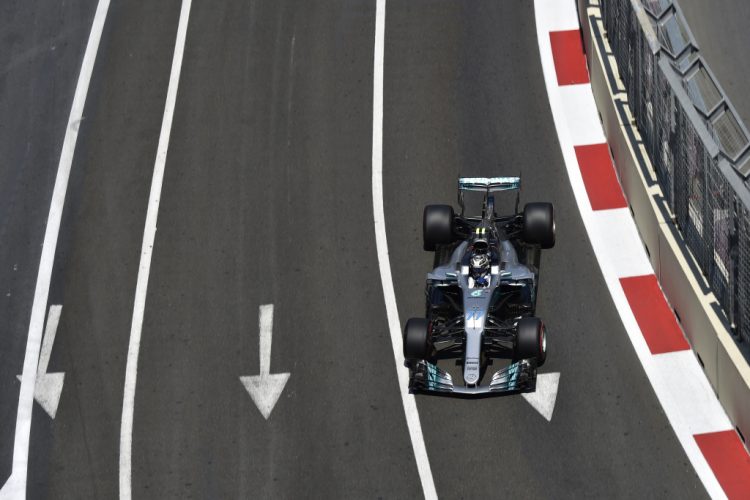 Valtteri Bottas has identified an inability to find grip from his tyres to the same degree as team-mate Lewis Hamilton for the difference in pace between the Mercedes pair in qualifying.

Bottas had been looking strong heading into the session, having gone fastest of all in FP3 earlier in the day, but found himself four tenths off the pace in Q3 and left to settle for second, behind Hamilton on pole.

“It’s disappointing to lose pole as that was the target today,” he explained afterwards. “It was looking good before the late red flag, but Lewis produced a great lap and mine just wasn’t good enough.”

As many other drivers up and down the field blamed similar issues, Bottas put the time difference down to his inability during qualifying to get the tyres working as effectively as Hamilton.

“That final run in Q3 was the first time we had tried to do a flying lap on the first lap, because of the temperatures, and I couldn’t get them to work as well as Lewis did – I just couldn’t find that grip out there.”

The Finn conceded that after struggling for pace in Friday’s free practise sessions, the work his team had put in between FP2 and FP3 meant they had done well to be so far clear of the Ferrari pair after Q3.

“What I’m most proud of today is the huge effort the team put in overnight to switch on the car. We were quite lost on Friday but we made some changes and turned the weekend around. Going into the race we have a fantastic starting position and I’m expecting a good fight with Lewis.”