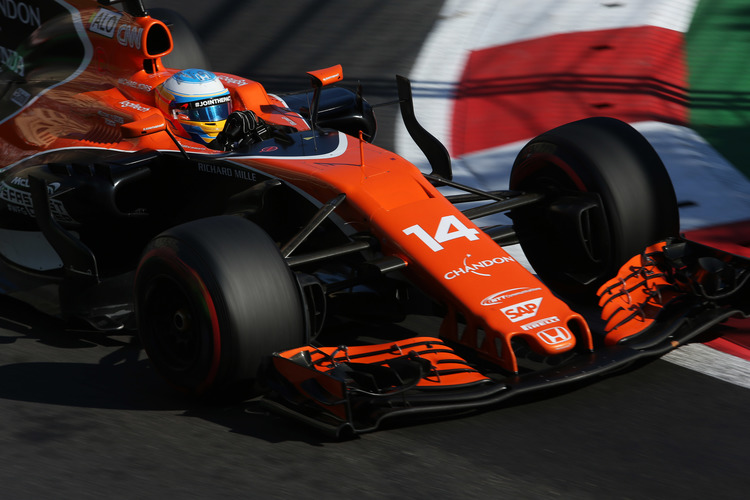 Even after starting the race with a 40-place grid penalty, McLaren-Honda Formula 1 Team’s Fernando Alonso was able to capitalise on the most hectic race of the season so far to grab the team’s first points of the year.

The popular Spaniard, who is regularly called the most talented driver on the grid, has had a miserable start to the season, with several retirements due to engine issues. Nevertheless, both he and his team-mate, Stoffel Vandoorne finished the race today in Baku, making it the first time this year that both McLaren’s made it to the end of the race – a disappointing statistic.

At one point, Alonso ran in fourth position, but was ultimately let down by the massive power deficit of the Honda engine, and so slipped down to ninth place, just in the points. Whilst by historical standards for both McLaren and Alonso, this would not have been anything to celebrate, the team have finally moved out of the starting blocks, although still sit at the bottom of the Constructor’s Championship.

“Starting nineteenth because of our penalties, on one of our least competitive circuits, yet still scoring our first championship points is unreal; a complete surprise,” commented Alonso. “The race really came to us through the many retirements and a lot of action. I managed to stay away from the walls, just brushing them here and there.”

Ever the optimist, Alonso believed that there was a point in the race where an even better result could have been extracted.

“I think we could have fought for a podium finish today – and perhaps even the victory. We were behind Daniel Ricciardo during the first Safety Car period; then Lewis had a problem with his headrest and was forced to pit; Sebastian had a penalty; Kimi (briefly) retired; the two Force Indias touched each other, so we automatically found ourselves in a decent position.

“We missed out on further opportunities because we weren’t quick enough in the race and couldn’t hold on to that position. Still, we got our first two points of the season today, so let’s just take that.”