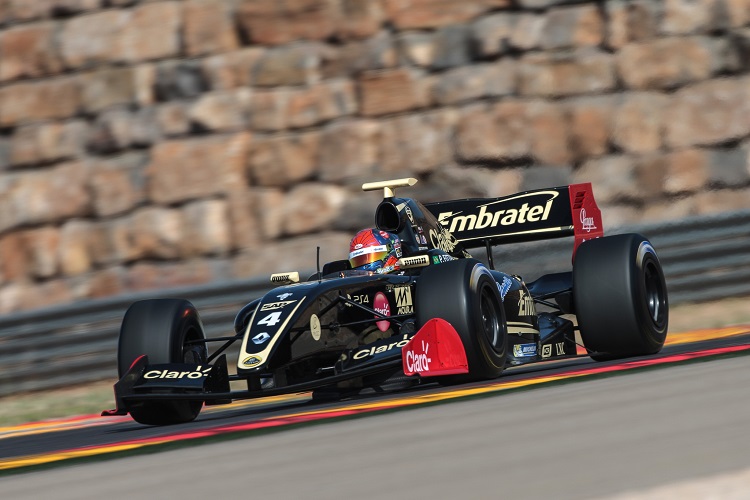 But for his Championship-leading team-mate Rene Binder, it was a disappointing session as he had two quick laps deleted that meant he was unable to better seventh on the grid.

Fittipaldi set the initial pace with a lap of 1:41.363s but the Brazilian returned to the track later in the session to improve to a 1:41.222s and then a 1:40.625s, which was more than enough for pole position.

Binder had set a time that would have seen a Lotus front-row lock-out, but the Austrian saw that lap time deleted after exceeding track limits at turn nine, the same corner that saw an earlier lap time removed.

As a result, joining Fittipaldi on the front row will be Egor Orudzhev, but the SMP Racing by AVF driver was 0.681 seconds down on the pole time, while Fortec Motorsports will see their drivers start on the second row, rookie Diego Menchaca ahead of championship contender Alfonso Celis Jr.

RP Motorsport drivers will start fifth and sixth, with Yu Kanamaru ahead of Roy Nissany, while Matevos Isaakyan will start eighth for SMP Racing by AVF just behind the disappointed Binder.