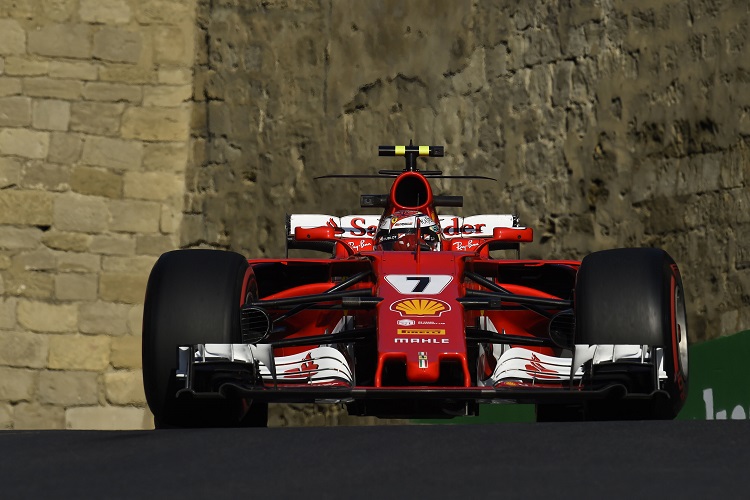 Kimi Raikkonen felt it was challenging to get the Pirelli tyres to work during free practice for the Azerbaijan Grand Prix, with the Finn ending ninth fastest in first practice and fourth in the second session.

The Scuderia Ferrari driver ended 1.590 seconds down on pacesetter Max Verstappen in the opening session after a best lap of 1:46.000s, but he improved to a 1:43.489s in the afternoon session to move to within 0.127 seconds of Verstappen, who again led the way.

Raikkonen admitted that tyres were key to having a good session, and he was happier at the end of the second session, and although he knows there is still work to be done, he is hopeful of a strong weekend around the Baku Street Circuit.

“The most challenging part of the day was to make the tyres work, to get them hot enough,” admitted Raikkonen. “And obviously, when they are not performing 100%, it’s a bit tricky out there on the track.

“The car feels ok, but we still have to work on that. If you manage to do that, then everything is a lot easier.”

Pierre Gasly: “I think this is the toughest FP2 we’ve had this season”

By Paul Hensby
2 Mins read
Pierre Gasly feels AlphaTauri have a lot of work to do to be competitive this weekend at the Circuit of the Americas after a tough Friday for the Frenchman.