Marcus Ericsson: “I let Pascal pass, to protect the point for our team” 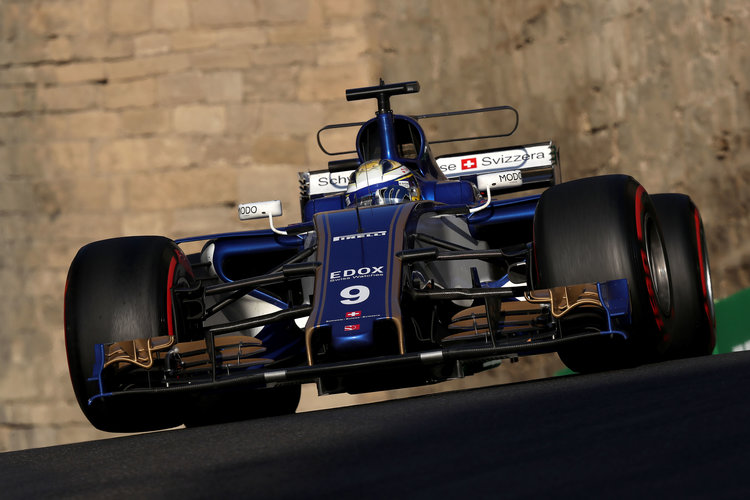 Sauber F1 Team driver Marcus Ericsson was disappointed that he was not the one to bring home a point for the squad at the Azerbaijan Grand Prix, having received a request to let team-mate Pascal Wehrlein through in the closing stages of the race.

The Swede, who was running just ahead of his team-mate, sustained damage to the C36 after running over some debris on track, which began to affect his performance.

When it was clear that McLaren Honda Formula 1 Team driver Stoffel Vandoorne was closing down Wehrlein, it therefore made sense to let the German through, to ensure they had the best chance of keeping hold of the final point on offer.

“It was an entertaining race today – I had a really good start and first stint, overtaking a few cars and moving up to the midfield. It was looking good.

“Then a lot of things started happening with safety car phases and the red flag, which disrupted the race and challenged us to stay focused and committed.

“After the restart I settled in quite well but picked up some debris, damaging my right rear of the floor. I was having some trouble in my left-hand corners, and started struggling to keep up my pace.

“Pascal was behind me, with Stoffel (Vandoorne) behind him, who was closing up the gap to my team-mate.

“I received the order to let Pascal pass so that we can protect the point for our team, so I did.”

Though it pained him to comply, Ericsson duly obliged for the benefit of the team, and did his best to hold off Vandoorne in the final laps as well.

“In the end I see it as a good result for the team, but of course it was disappointing for me not to be in the car that scored considering that I was 10th for a substantial part of the race.”

“However, I was able to play a defining role in scoring the point by keeping Stoffel from closing in during the final laps.”