Stoffel Vandoorne: “It’s great for the team to score our first points of the season” 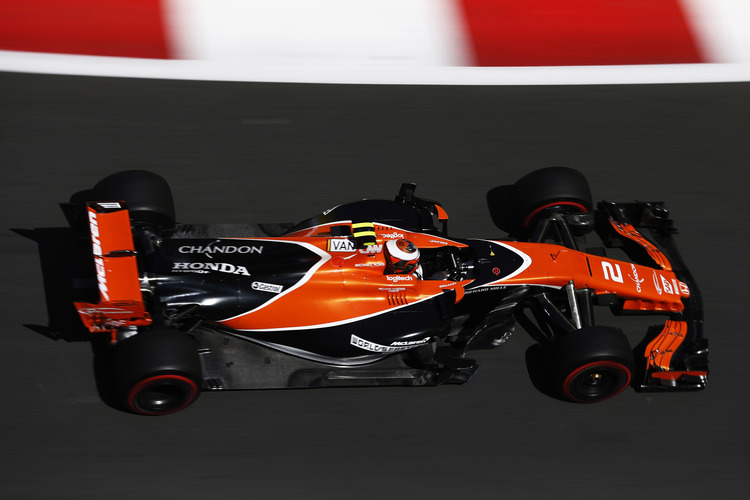 Despite finishing just outside of the points, Stoffel Vandoorne felt as though his weekend at the 2017 Azerbaijan Grand Prix was strong – even though he did start the race with a 35-place grid penalty.

The young Belgian finished in twelfth, a few places behind his team-mate Fernando Alonso, who scored the first points of the year for the McLaren-Honda Formula 1 Team. On a track where they thought they would struggle with the massive power deficit presented to them by the Honda power unit, they ironically had their collective best results of the season – albeit their fortune was a result of a messy race with several retirements due to damage or failures for other drivers.

Vandoorne was at one point running ahead of Alonso, but an early pit stop put him down the order. This strategic call did not pay off – the rest of the grid was able to use the safety car as a ‘free stop’ that allowed them to go to the end of the race, whereas Vandoorne had to stop again.

“I made a decent start – there was a lot of mayhem, a lot of debris – and I had to avoid a couple of slow cars on the run down to Turn Three, but I managed to keep my nose clean.”

“Then the team did a great job to cover Romain Grosjean, I switched to the Option tyre and came out ahead of him. I had good pace on that tyre, but then the red flag came out and that took away my advantage as it meant everybody on the Prime could now get effectively a free tyre-change.”

“After my final stop, I was catching the Saubers by 1.5s per lap, but once I’d caught them it was impossible to overtake. They were saving all their energy until the last corner; I was trying to do the same, in order to get the maximum boost available, but I just didn’t have the pace in the car to make it past them.”

“Apart from that, our pace was strong today. It’s great for the team to score our first points of the season – we deserve it.”