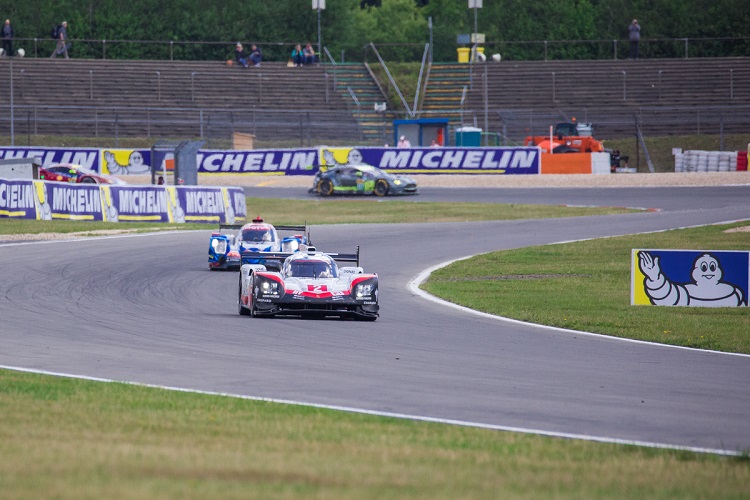 The 6 Hours of Nurburgring was somewhat an embarrassment for Toyota Gazoo Racing as Porsche pulled away from them within the first hour of the race and were unable to be caught. The gap at the end of the race was nearly a lap to the leading two Porsches. With the #8 Toyota almost unable to take part in the race due to a fuel pressure problem, Toyota will be looking for some sort of step forward before the World Endurance Championship grid gets back to racing in September.

This was the first race that both LMP1 teams had the high-downforce package on their cars. Porsche had opted to start the season with the low-downforce package so that they would be able to work on their high-downforce aero kit until they fitted it on the car for last weekend’s round. Having conducted a final test in Barcelona before they reconvened for the 6 Hours of Nurburgring appears to have given Porsche the edge.

Although Toyota set the faster time in qualifying, being unable to change the high-downforce kit as it had been homologated to the car in April means that they appear to be on the back foot with pace. Porsche were uncatchable throughout the 6-hour endurance race, gifting them an easy one-two at the chequered fag. Toyota will need to find some more pace in their package if they are to stop Porsche claiming the Drivers’ and Teams’ championships for the third time in a row.

As team orders took over the end of the race, the #2 Porsche crew now have a 30 point lead over the #8 Toyota, which recovered will in the weekend’s race to classify fourth in class and overall. Neel Jani, Nick Tandy and Andre Lotterer now sit just 32 points behind second-placed #8 Toyota, but the sister car #7 drivers Mike Conway and Kamui Kobayashi are just 9.5 points behind the second Porsche. Jose Maria Lopez is not on the same points as his team-mates Conway and Kobayashi as he missed out on the second round at Spa-Francorchamps.

With their first one-two of the season, Porsche are starting to pull away from Toyota in the Manufacturers’ championship. 39.5 points separate the two teams as Porsche look to be stronger going into the second half of the season. Can Toyota make the step up necessary to prevent an easy double-championship for Porsche? All will be revealed when the WEC returns after the summer break.