Daniel Ricciardo: “I love that track and it has always been a good one for me” 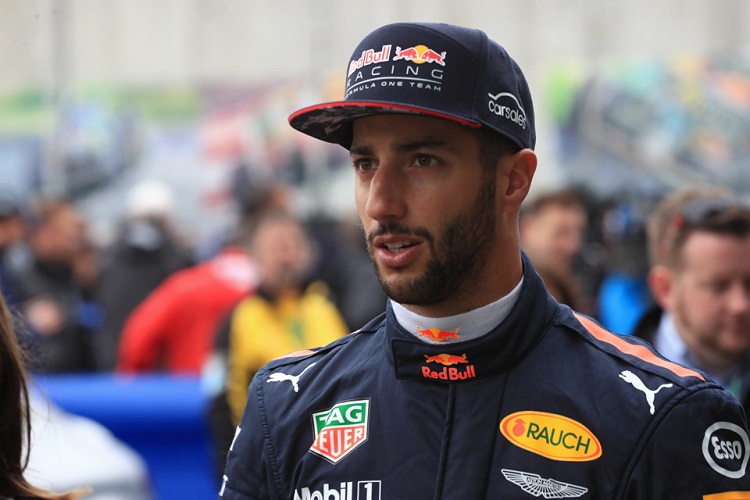 Daniel Ricciardo won at the Hungaroring back in 2014 - Credit: Octane Photographic Ltd

Daniel Ricciardo has very fond memories of the Hungarian Grand Prix, having triumphed in Hungary back in 2014, an afternoon where he was made to work for the victory, with late race passes on both Lewis Hamilton and Fernando Alonso.

The Red Bull Racing driver feels the Hungaroring has always been good to the Australian, even before reaching Formula 1, and he is hopeful of another good weekend this season with the RB13.

“Hungary 2014 was a cool victory,” said Ricciardo. “Of course I love winning but that was an awesome race. In order to win I had to pass Hamilton and Alonso, pretty much the best two so that was cool.

“I love that track and it has always been a good one for me. I’ve had some great weekends there even before Formula One.”

Ricciardo says that the Hungaroring has one of his favourite sectors in Formula 1, and he is looking forward to attacking the second sector with the 2017 cars for the first time. He also acknowledges how physically demanding this race can be should it be hot, but he believes there are possibilities of overtaking.

“The Hungarian Grand Prix is always at the point of the season where summer is approaching so I’m always in a pretty good place and the car is normally getting better as well,” said Ricciardo. “It all kind of comes good by the end of July.

“We’ve got lots more grip this year so it’ll be a bit more fun. The second sector is going to be amazing. That’s one of my favourite sectors in F1. If Sunday is hot it’ll definitely be a physically demanding race, so I can’t make the mistake again of eating too much meat on Saturday night.

“This track means elbows out for sure as there are three key places where you can overtake. I’ve made some good moves in Turn 1 in the past. Turn 2 you can go inside or outside, as both lanes work and the hairpin is fun too.”