Grosjean Clears the Air with Wolff after Silverstone Spat 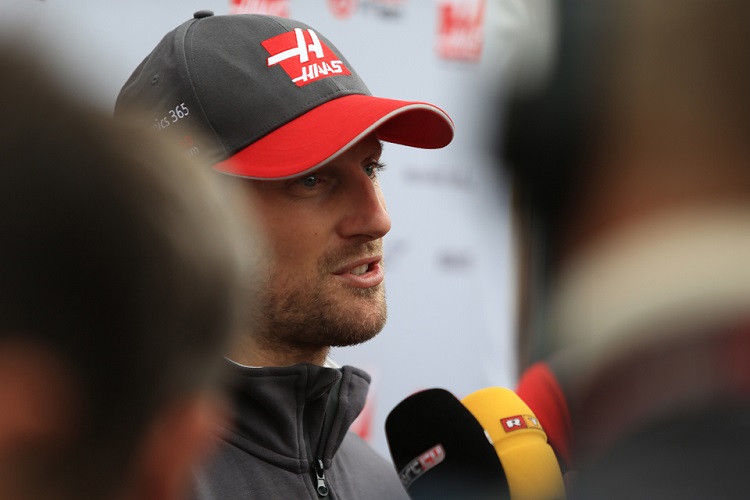 Romain Grosjean has revealed that he spoke to Toto Wolff on the telephone to clear the air after their disagreement during the British Grand Prix weekend.

The Frenchman was unhappy that Lewis Hamilton appeared to get in his way during the top ten shootout, with the Haas F1 Team driver feeling it cost him two places on the grid, but no penalty was forthcoming from the stewards despite an investigation.

In the heat of the moment, Grosjean felt Hamilton got away without a penalty due to being in the battle for the championship, but Mercedes AMG Petronas Formula One Team boss Wolff dismissed this, and retorted by saying the Frenchman was lucky to be in Formula 1 with his track record of incidents.

But the two have now communicated with one another, and tensions have been dispelled, with Grosjean also apologising for the unfair comments he made over the radio at the time of the incident.

“I saw the comments and I wasn’t very happy. I arranged a phone call – good news is, I have his phone number,” said Grosjean ahead of the Hungarian Grand Prix.

“We had a great phone call, we explained [ourselves]. I think there are tensions, they’re fighting for the world championship, probably some of my words were reported to Toto but in a different way and then he got a bit upset.

“I didn’t mean anything against Lewis or Mercedes, I was just saying that it cost me two positions on the grid. Starting P8 or P10 is a different matter in Formula 1 and we’re all fighting for the same thing.

“So I do apologise I said the GPS wasn’t good, which is not fair to Mercedes. But I’m still thinking that I was on the fast lap and I lost three tenths, so you know, it’s a shame but it’s behind. It’s all good, we spoke with Toto, we’re friends.”