Mallya happy for Perez and Ocon to race freely in Austria 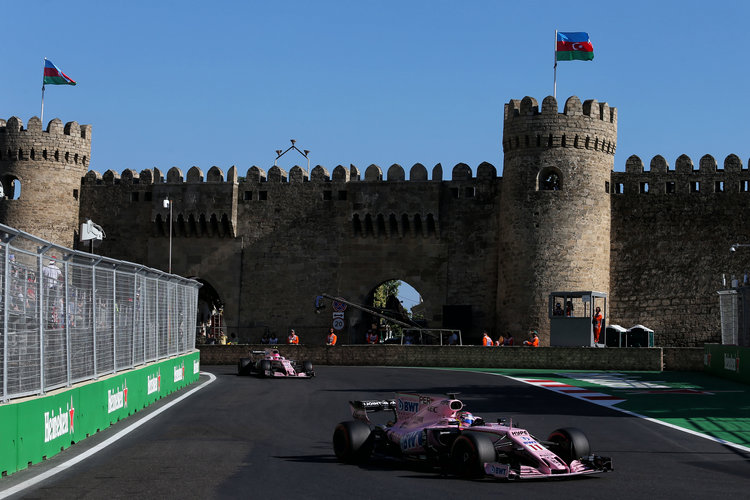 Sahara Force India F1 Team Boss Vijay Mallya has made it clear ahead of the Austrian Grand Prix, that despite his drivers coming together at the Azerbaijan Grand Prix two weeks ago, destroying the team’s chances of a highly likely podium, they are free to race on Sunday.

Esteban Ocon and Sergio Perez locked wheels as the Frenchman tried to overtake the Mexican for second place at a restart following a safety car period, resulting in retirement for Perez and damage for Ocon, and the lost chance of a podium.

Whilst it is frustrating for Mallya to think about what might have been, the incident has been discussed internally with a gentle reminder to both men that this is a team sport and the team should always be considered first, when they are pitted against each other.

“We certainly played our part in a dramatic race [in Baku] and it’s still frustrating to ponder what might have been had things played out differently.

“Since Baku we’ve had some conversations internally and reminded our drivers that the team must always come first. It’s never acceptable for teammates to make contact with each other and it certainly cost us points in Baku.

“However, the events of Azerbaijan won’t change our approach. Our drivers can race freely and I’m sure they have learned some valuable lessons. We’ve given them a competitive car and I know they are mature enough to work together for the good of the team.”

The Indian businessman is confident that Force India now have a strong car and competitive car in the VJM10, which should allow them to bring home a good result in Austria.

“This weekend in Austria will be another opportunity to show the speed of the VJM10 and continue our run of points finishes.

“We need to keep up our momentum and scoring points consistently to maintain our fourth place in the championship. There is no room for complacency and we will keep pushing and trying to maximise every race.”